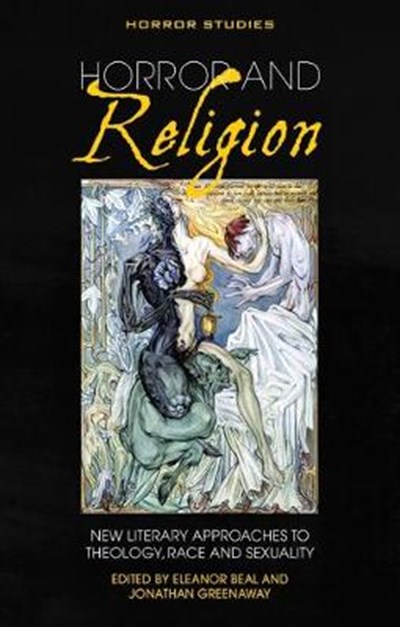 QTY
Add to Basket
Publisher: University of Wales Press
ISBN: 9781786834409
Number of Pages: 224
Published: 15/07/2019
Width: 13.8 cm
Height: 21.6 cm
Description Author Information Reviews
Horror and Religion is an edited collection of essays offering structured discussions of spiritual and theological conflicts in Horror fiction from the late-sixteenth to the twenty-first century. Contributors explore the various ways that horror and religion have interacted over themes of race and sexuality; the texts under discussion chart the way in which the religious imagination has been deployed over the course of Horror fiction's development, from a Gothic mode based in theological polemics to a more distinct genre in the twenty-first century that explores the afterlife of religion. Horror and Religion focuses on the Horror genre and its characteristics of the body, sexuality, trauma and race, and the essays explore how Horror fiction has shifted emphasis from anti-Catholicism and anti-Semitism to incorporate less understood historical and theological issues, such as the 'Death of God' and the spiritual destabilisation of the secular. By confronting spiritual conflicts in Horror fiction, this volume offers new perspectives on what we traditionally perceive as horrifying.