Revelation and the Apocalypse in Late Medieval Literature

the Writings of Julian of Norwich and William Langland 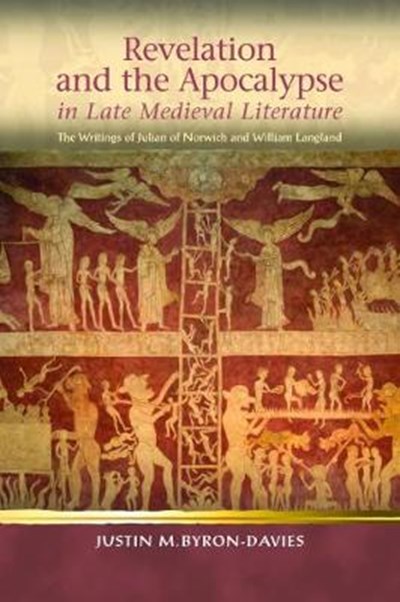 Revelation and the Apocalypse in Late Medieval Literature

the Writings of Julian of Norwich and William Langland

QTY
Add to Basket
Publisher: University of Wales Press
ISBN: 9781786835161
Number of Pages: 288
Published: 15/02/2020
Width: 15.6 cm
Height: 23.4 cm
Description Author Information Reviews
This interdisciplinary book breaks new ground by systematically examining ways in which two of the most important works of late-medieval English literature - Julian of Norwich's Revelations of Love and William Langland's Piers Plowman - were borne from engagement with the biblical Apocalypse and exegetical writings. This study contends that the exegetical approach to the Apocalypse is more extensive in Julian's Revelations and more sophisticated in Langland's Piers Plowman than previously thought, whether through a primary textual influence or a discernible Joachite influence. The author considers the implications of areas of confluence, which both writers reapply and emphasise - such as spiritual warfare and other salient thematic elements of the Apocalypse, gender issues, and Julian's explications of her vision of the soul as city of Christ and all believers (the fulcrum of her eschatologically-focused Aristotelian and Augustinian influenced pneumatology). The liberal soteriology implicit in Julian's `Parable of the Lord and the Servant' is specifically explored in its Johannine and Scotistic Christological emphasis, the absent vision of hell, and the eschatological `grete dede', vis-a-vis a possible critique of the prevalent hermeneutic.

Justin M. Byron-Davies completed his PhD at the University of Surrey in the United Kingdom, where he worked as an associate tutor in English literature and lectured on late medieval writings. His research interests include medieval theology and anchoritic, revelatory and apocalyptic texts.