Salt On Your Tongue

Women and the Sea 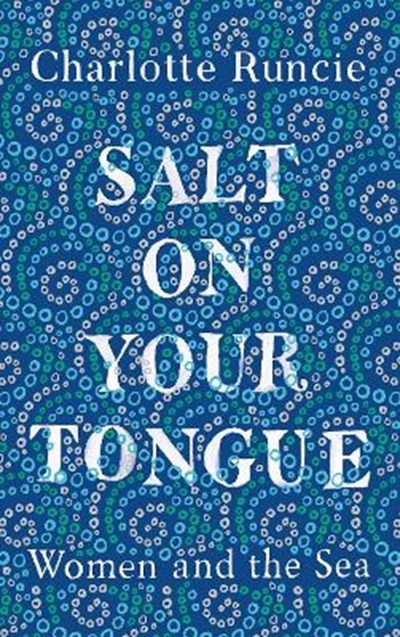 Salt On Your Tongue

Women and the Sea

Publisher: Canongate Books Ltd
ISBN: 9781786891198
Number of Pages: 384
Published: 03/01/2019
Width: 14.4 cm
Height: 22 cm
Description Author Information Reviews
A BOOK OF THE YEAR IN THE SPECTATOR, SCOTSMAN AND PROSPECT Charlotte Runcie has always felt pulled to the sea, lured by its soothing, calming qualities but also enlivened and inspired by its salty wildness. When she loses her beloved grandmother, and becomes pregnant with her first child, she feels its pull even more intensely. In Salt On Your Tongue Charlotte explores what the sea means to us, and particularly what it has meant to women through the ages. This book is a walk on the beach with Turner, with Shakespeare, with the Romantic Poets and shanty-singers. It's an ode to our oceans - to the sailors who brave their treacherous waters, to the women who lost their loved ones to the waves, to the creatures that dwell in their depths, to beach combers, swimmers, seabirds and mermaids. In mesmerising prose, Charlotte Runcie shows how the sea has inspired, fascinated and terrified us, and how she herself fell in love with the deep blue. Navigating through ancient Greek myths, poetry, shipwrecks and Scottish folktales, Salt On Your Tongue is about how the wild untameable waves can help us understand what it means to be human.

Charlotte Runcie is the Daily Telegraph's radio columnist and arts writer. For several years she lived and worked in Edinburgh, where she ran a folk music choir, and she now lives in the Scottish Borders. She has a secret past as a poet, having been a Foyle Young Poet of the Year with a pamphlet published by tall-lighthouse. Salt On Your Tongue is her first book. @charlotteruncie | charlotteruncie.com