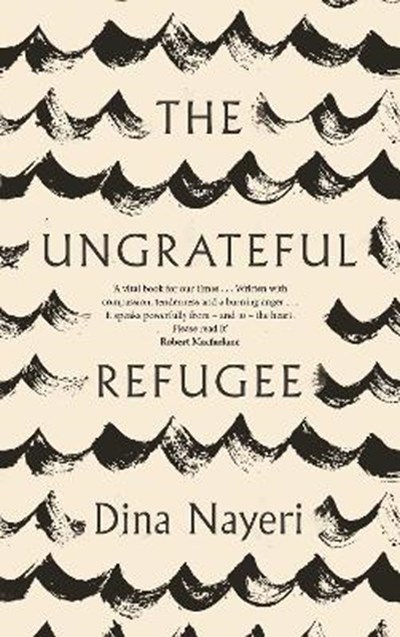 Publisher: Canongate Books Ltd
ISBN: 9781786893451
Number of Pages: 384
Published: 30/05/2019
Width: 14.4 cm
Height: 22 cm
Description Author Information Reviews
What is it like to be a refugee? It is a question many of us do not give much thought, and yet there are more than 25 million refugees in the world. To be a refugee is to grapple with your place in society, attempting to reconcile the life you have known with a new, unfamiliar home. All this while bearing the burden of gratitude in your host nation: the expectation that you should be forever thankful for the space you have been allowed. Aged eight, Dina Nayeri fled Iran along with her mother and brother, and lived in the crumbling shell of an Italian hotel-turned-refugee camp. Eventually she was granted asylum in America. Now, Nayeri weaves together her own vivid story with those of other asylum seekers in recent years, bringing us inside their daily lives and taking us through the stages of their journeys, from escape to asylum to resettlement. In these pages, a couple fall in love over the phone, and women gather to prepare the noodles that remind them of home. A closeted queer man tries to make his case truthfully as he seeks asylum, and a translator attempts to help new arrivals present their stories to officials. With surprising and provocative questions, The Ungrateful Refugee recalibrates the conversation around the refugee experience. Here are the real human stories of what it is like to be forced to flee your home, and to journey across borders in the hope of starting afresh.

Dina Nayeri was born in Iran during the revolution and arrived in America when she was ten years old. She is the winner of a National Endowment for the Arts Grant and the UNESCO City of Literature Paul Engle Prize. The author of two novels - Refuge and A Teaspoon of Earth and Sea - and contributor to The Displaced, her work has been published in over twenty countries. Her stories and essays have been published in The O. Henry Prize Stories, Best American Short Stories, the New York Times, Guardian, Wall Street Journal, Granta and many other publications. She lives in London. @DinaNayeri | dinanayeri.com