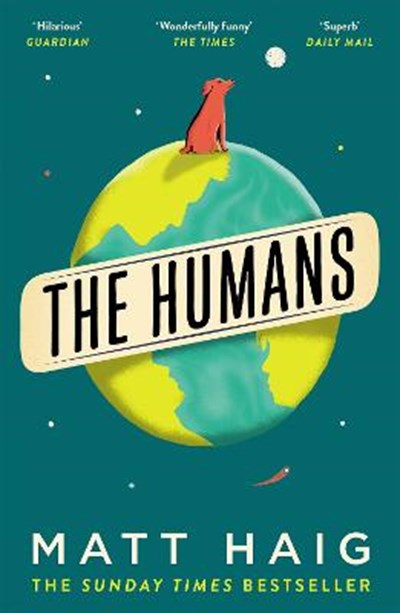 QTY
Add to Basket
Publisher: Canongate Books Ltd
ISBN: 9781786894663
Number of Pages: 320
Published: 09/08/2018
Width: 12.9 cm
Height: 19.8 cm
Description Author Information Reviews
THERE'S NO PLACE LIKE HOME. OR IS THERE? After an 'incident' one wet Friday night where he is found walking naked through the streets of Cambridge, Professor Andrew Martin is not feeling quite himself. Food sickens him. Clothes confound him. Even his loving wife and teenage son are repulsive to him. He feels lost amongst an alien species and hates everyone on the planet. Everyone, that is, except Newton, and he's a dog. Who is he really? And what could make someone change their mind about the human race . . . ?

Matt Haig is the number one bestselling author of Reasons to Stay Alive and six highly acclaimed novels for adults, including How to Stop Time and The Radleys. As a writer for children and young adults he has won the Blue Peter Book Award, the Smarties Book Prize and been nominated three times for the Carnegie Medal. His work has been published in over forty languages. @matthaig1 | matthaig.com