A perfect heartwarming gift for children and adults 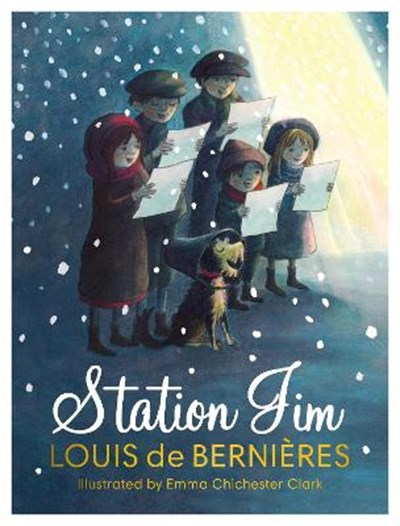 A perfect heartwarming gift for children and adults

QTY
Add to Basket
Publisher: Vintage Publishing
ISBN: 9781787301610
Number of Pages: 144
Published: 07/11/2019
Width: 15 cm
Height: 20 cm
Description Author Information Reviews
A heartwarming tale about a mischievous dog who works on the steam trains. Beautifully illustrated, it is the perfect Christmas gift. One day in autumn, in the days when all the trains were driven by steam, a railway guard found something abandoned on a train... Mr Ginger Leghorn is used to collecting up umbrellas and other lost property but he's never found an abandoned puppy on his train before. He has no intention of keeping it but his five children - Alfie, Arthur, Beryl, Sissy and Albert - have other ideas and Jim is soon a much-loved, but often disruptive, member of the family. Whether it's his feud with the cat, getting stuck in rabbit-holes, accidentally going to sea, accompanying the children to school or carol singing at Christmas, Jim has a knack of making himself the centre of attention. This little black and tan puppy with its small bright eyes and very waggy rump becomes something of a hero in his town, and even catches the eye of the King himself. Station Jim is a story for both children and adults and includes delightful pictures by celebrated illustrator Emma Chichester Clark.

Louis de Bernieres is the bestselling author of Captain Corelli's Mandolin, which won the Commonwealth Writers' Prize Best Book in 1995. His most recent books are So Much Life Left Over, The Dust That Falls From Dreams and The Autumn of the Ace, the short story collection Labels and the poetry collection The Cat in the Treble Clef. Emma Chichester Clark is one of Britain's best loved children's authors and illustrators. She is the author of the immensely popular Blue Kangaroo series and many other books, and has illustrated books by Roald Dahl, Kevin Crossley-Holland, Peter Dickinson, Michael Morpurgo and, most recently, Quentin Blake.