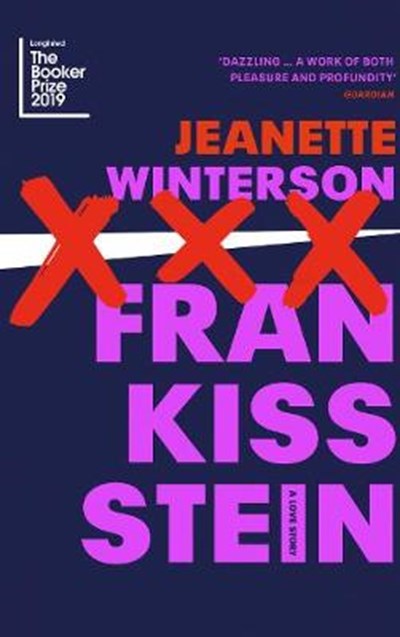 Publisher: Vintage Publishing
ISBN: 9781787331402
Number of Pages: 352
Published: 28/05/2019
Width: 14.4 cm
Height: 22.2 cm
Description Author Information Reviews
***LONGLISTED FOR THE BOOKER PRIZE 2019*** **SHORTLISTED FOR THE COMEDY WOMEN IN PRINT PRIZE 2020** **LONGLISTED FOR THE POLARI PRIZE 2020** A radical love story for right now, from 'one of the most gifted writers working today' (New York Times). In Brexit Britain, a young transgender doctor called Ry is falling in love - against their better judgement - with Victor Stein, a celebrated professor leading the public debate around AI. Meanwhile, Ron Lord, just divorced and living with Mum again, is set to make his fortune launching a new generation of sex dolls for lonely men everywhere. Across the Atlantic, in Phoenix, Arizona, a cryonics facility houses dozens of bodies of men and women who are medically and legally dead... but waiting to return to life. But the scene is set in 1816, when nineteen-year-old Mary Shelley writes a story about creating a non-biological life-form. 'Beware, for I am fearless and therefore powerful.' What will happen when homo sapiens is no longer the smartest being on the planet? Jeanette Winterson shows us how much closer we are to that future than we realise. Funny and furious, bold and clear-sighted, Frankissstein is a love story about life itself. 'Jeanette Winterson's Frankissstein won't disappoint. A modern take on Mary Shelley's Frankenstein, it's a fascinating and engrossing look at AI, science, gender fluidity and, ultimately, what it really means to be human.' Nicola Sturgeon, New Statesman

Jeanette Winterson CBE was born in Manchester. Adopted by Pentecostal parents she was raised to be a missionary. This did and didn't work out. Discovering early the power of books she left home at 16 to live in a Mini and get on with her education. After graduating from Oxford University she worked for a while in the theatre and published her first novel at 25. Oranges Are Not The Only Fruit is based on her own upbringing but using herself as a fictional character. She scripted the novel into a BAFTA-winning BBC drama. 27 years later she re-visited that material in the bestselling memoir Why Be Happy When You Could Be Normal? She has written 10 novels for adults, as well as children's books, non-fiction and screenplays. She is Professor of New Writing at the University of Manchester. She lives in the Cotswolds in a wood and in Spitalfields, London. She believes that art is for everyone and it is her mission to prove it.