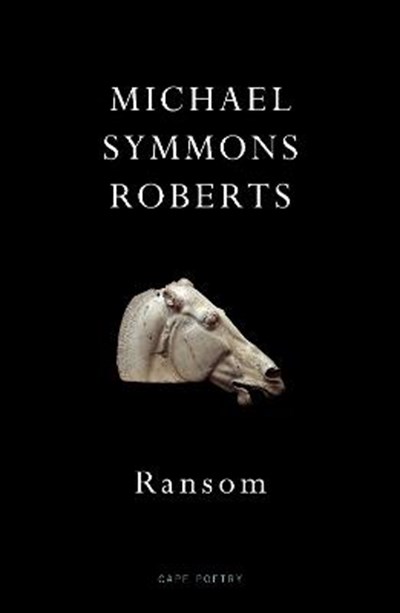 QTY
Add to Basket
Publisher: Vintage Publishing
ISBN: 9781787333123
Number of Pages: 112
Published: 18/03/2021
Width: 13 cm
Height: 19.7 cm
Description Author Information Reviews
**SHORTLISTED FOR THE T.S. ELIOT PRIZE 2021** *A FINANCIAL TIMES 'BOOKS OF 2021' PICK* Ransom, the new collection from Michael Symmons Roberts, is an intense and vivid exploration of liberty and limit, of what it means to be alive, and searches for the possibility of hope in a fallen, wounded world. The poems in Ransom display all the lyrical beauty and metaphysical ambition for which his work is acclaimed, but with a new urgency, a ragged edge to what the Independent described as his 'dazzling elegance'. At the heart of this new book are three powerful sequences - one set in occupied Paris, one an elegy for his father, and one a meditation on gratitude - that work at the edges of belief and doubt, both mystical and philosophical. The idea of 'ransom' is turned and turned again, poem by poem, seen through the lenses of personal grief and loss, cinematic scenes of kidnap and release, narratives of incarnation and atonement. This is a profound and timely book from one of our finest poets.

Michael Symmons Roberts was born in Preston, Lancashire in 1963. He has published six collections of poetry and received a number of accolades including the Forward Prize, the Costa Poetry Award and the Whitbread Poetry Prize. As a librettist, his work has been performed in concert halls and opera houses around the world. An award-winning broadcaster and dramatist, he has published two novels, and is Professor of Poetry at Manchester Metropolitan University. He is a Fellow of the Royal Society of Literature.