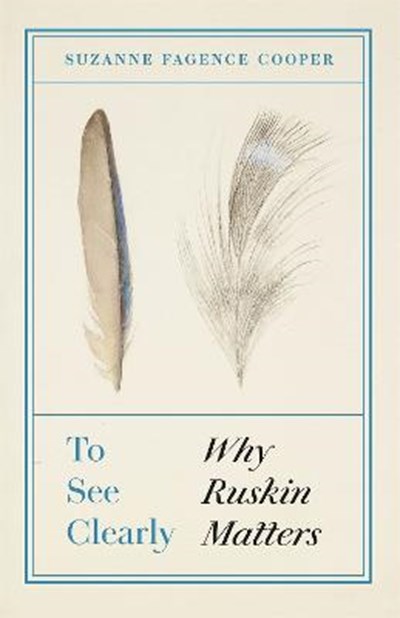 QTY
Add to Basket
Publisher: Quercus Publishing
ISBN: 9781787476981
Published: 07/02/2019
Description Author Information Reviews
'To see clearly is poetry, prophecy, religion, all in one' John Ruskin - born 200 years ago, in February 1819 - was the greatest critic of his age: a critic not only of art and architecture but of society and life. But his writings - on beauty and truth, on work and leisure, on commerce and capitalism, on life and how to live it - can teach us more than ever about how to see the world around us clearly and how to live it. Dr Suzanne Fagence Cooper delves into Ruskin's writings and uncovers the dizzying beauty and clarity of his vision. Whether he was examining the exquisite carvings of a medieval cathedral or the mass-produced wares of Victorian industry, chronicling the beauties of Venice and Florence or his own descent into old age and infirmity, Ruskin saw vividly the glories and the contradictions of life, and taught us how to see them as well.

Dr Suzanne Fagence Cooper is an art historian focusing on 19th and 20th Century British art. She was a curator and Research Fellow at the V&A Museum for 12 years and is currently Honorary Visiting Fellow at the University of York where she is curating a major exhibition on John Ruskin and JMW Turner. She has worked as a consultant for a number of TV and film projects including 'Simon Schama's History of Britain'. In 2012 she was historical consultant to Ralph Fiennes, director of 'The Invisible Woman', for a film about Charles Dickens.