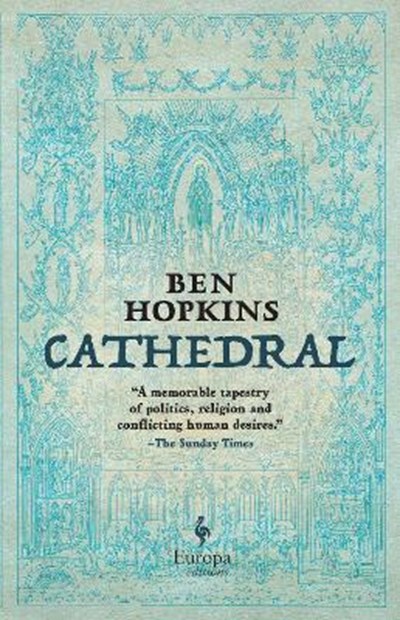 QTY
Add to Basket
Publisher: Europa Editions (UK) Ltd
ISBN: 9781787702516
Number of Pages: 624
Published: 21/01/2021
Width: 13.5 cm
Height: 21 cm
Description Author Information Reviews
***LONGLISTED: THE HWA GOLD CROWN 2021*** ***A Sunday Times BOOK OF THE YEAR 2021: "An ambitious, epic debut."*** ***A NEW YORK TIMES BEST BOOK OF THE YEAR 2021*** A Times BOOK OF THE MONTH: "Beautifully written and profoundly insightful." "A memorable tapestry of politics, religion and conflicting human desires." -The Sunday Times "Cathedral is a masterpiece, one of the best historical novels I've read in a long time. Spellbinding and so evocative of place and time. A triumph."-Dan Jones "Fascinating, fun, and gripping to the very end."-Roddy Doyle A sweeping story about obsession, mysticism, art, and earthly desire. At the centre of this story, is the Cathedral. Its design and construction in the 12th and 13th centuries in the fictional town of Hagenburg unites a vast array of unforgettable characters whose fortunes are inseparable from the shifting political factions and economic interests vying for supremacy. From the bishop to his treasurer to local merchants and lowly stonecutters, everyone, even the town's Jewish denizens, is implicated and affected by the slow rise of Hagenburg's Cathedral, which in no way enforces morality or charity. Around this narrative core, Ben Hopkins has constructed his own monumental edifice, a choral novel that is rich with the vicissitudes of mercantilism, politics, religion, and human enterprise. Ambitious, immersive, a remarkable feat of imagination, Cathedral deftly combines historical fiction, the literary novel of ideas, and a tale of adventure and intrigue. Fans of authors like Umberto Eco, Elif Shafak, Hilary Mantel, Ken Follett and Jose Saramago will delight at the atmosphere, the beautiful prose, and the vivid characters of Ben Hopkins's Cathedral.

Ben Hopkins is a screenwriter, film-maker and novelist. He has lived in London and Istanbul and now lives in Berlin. His films include features and shorts, fiction and documentary, and have won awards at festivals such as Berlin, Locarno, Antalya and Toronto Hot Docs.