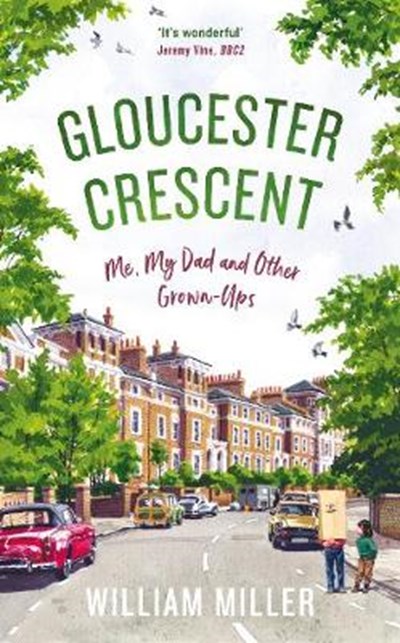 QTY
Add to Basket
Publisher: Profile Books Ltd
ISBN: 9781788160360
Published: 23/08/2018
Description Author Information Reviews
Gloucester Crescent is a curving, leafy street, tucked between Camden Town and Primrose Hill, filled with the sound of clacking typewriters and children playing. It's unremarkable in many ways, unless you notice the lady in the van outside one house, and the familiar-looking residents crossing the road ... Written through the eyes of a growing child, this is the story of a very particular family and their circle of brilliant, idealistic and intellectual friends in London in the 60s, 70s and 80s. We follow William through the ups and downs of childhood, as he explores the back gardens and homes of his famous neighbours, attends dramatic rehearsals with his dad Jonathan Miller, fails exams and is bullied at school, gets drugs from the philosopher A. J. Ayer's wife, and tries to watch the moon landing with Alan Bennett and a room full of writers. Hilarious, and at times heart-breaking, this is also about how we grow up and move on - and what happens when we come back. Not only a picture of an extraordinary time in Britain's cultural history - and a hitherto unseen portrait of some of the brightest minds of a generation - this book tells the funny, tender and moving story of a young boy trying to find his own identity.

William Miller is a television producer and media executive. His long career in television has included time as head of talent at BBC Worldwide, and he has worked with Nigella Lawson, Brian Cox, The Hairy Bikers, Kirstie Allsopp, Phil Spencer and many more, to help build their brands, businesses and develop their TV shows. In 2009 William returned to Gloucester Crescent where he now lives with his wife and two teenage daughters, three doors from his parents.