A Walk Through Fifty Years of Occupation 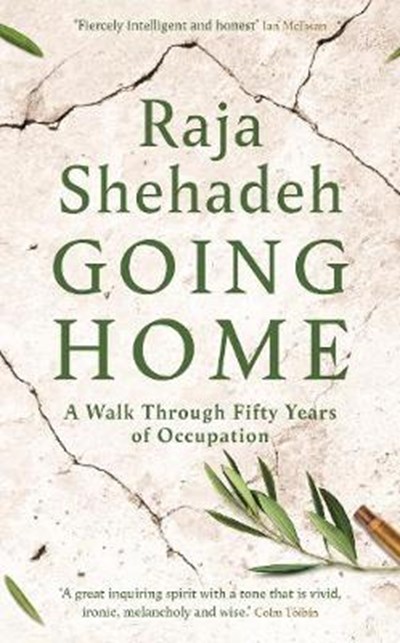 A Walk Through Fifty Years of Occupation

Publisher: Profile Books Ltd
ISBN: 9781788163064
Number of Pages: 208
Published: 01/08/2019
Width: 14.4 cm
Height: 22.2 cm
Description Author Information Reviews
In Going Home, Orwell Prize winning author Raja Shehadeh travels Ramallah and records the changing face of the city. Walking along the streets he grew up in, he tells the stories of the people, the relationships, the houses, and the businesses that were and now are cornerstones of the city and his community. This is, in many ways, an elegy. Green spaces - gardens and hills crowned with olive trees - have been replaced by tower blocks and concrete lots; the occupation and the settlements have further entrenched themselves in every aspect of movement-from the roads that can and cannot be used to the bureaucratic barriers that prevent people leaving the West Bank. The culture of the city has also shifted with Islam taking a more prominent role in people's everyday and political lives and the geography of the city. As he grapples with ageing and the failures of the resistance, Shehadeh notes the ways that the past still invades the presence from the ruins of the compound that was Yasser Arafat's home to the power of emigrated families to reshape neighbourhoods by selling their long-abandoned homes. This is perhaps Raja Shehadeh's most painfully visceral book.

Raja Shehadeh is Palestine's leading writer. He is also a lawyer and the founder of the pioneering Palestinian human rights organisation Al-Haq. Shehadeh is the author of several acclaimed books published by Profile including Strangers in the House, Occupation Diaries, Language of War, Language of Peace, and Where the Line is Drawn. In 2008, he won the Orwell Prize for Palestinian Walks, which was also published by Profile. He lives in Ramallah in Palestine.