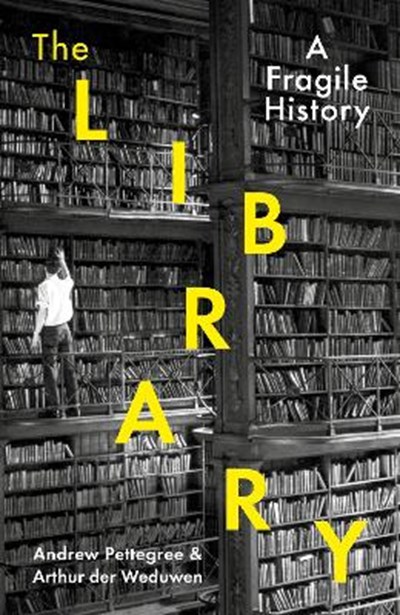 QTY
Add to Basket
Publisher: Profile Books Ltd
ISBN: 9781788163422
Number of Pages: 528
Published: 14/10/2021
Width: 16 cm
Height: 23.6 cm
Description Author Information Reviews
A SUNDAY TIMES BOOK OF THE YEAR 'A sweeping, absorbing history, deeply researched, of that extraordinary and enduring phenomenon: the library' Richard Ovenden, author of Burning the Books: A History of Knowledge under Attack Famed across the known world, jealously guarded by private collectors, built up over centuries, destroyed in a single day, ornamented with gold leaf and frescoes or filled with bean bags and children's drawings - the history of the library is rich, varied and stuffed full of incident. In this, the first major history of its kind, Andrew Pettegree and Arthur der Weduwen explore the contested and dramatic history of the library, from the famous collections of the ancient world to the embattled public resources we cherish today. Along the way, they introduce us to the antiquarians and philanthropists who shaped the world's great collections, trace the rise and fall of fashions and tastes, and reveal the high crimes and misdemeanours committed in pursuit of rare and valuable manuscripts.

Andrew Pettegree, FBA, is Professor of Modern History at the University of St Andrews and one of the leading experts on Europe during the Reformation. He is the author of the prize-winning Book in the Renaissance and The Invention of News, among other publications. He is a former Vice-President of the Royal Historical Society and the founding director of the Universal Short Title Catalogue. Arthur der Weduwen is a British Academy Postdoctoral Fellow and Deputy Director of the Universal Short Title Catalogue project at St Andrews. He is the author of several books on the history of newspapers, advertising and publishing. He owns a small library of seventeenth and eighteenth-century books, which, as the research for The Library has shown, is probably doomed to be dispersed.