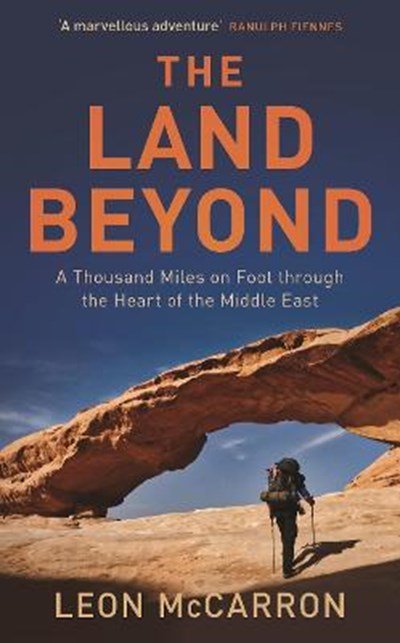 Publisher: Bloomsbury Publishing PLC
ISBN: 9781788310567
Number of Pages: 288
Published: 01/09/2017
Width: 13.5 cm
Height: 21.6 cm
Description Author Information Reviews
There are many reasons why it might seem unwise to walk, mostly alone, through the Middle East. That, in part, is exactly why Leon McCarron did it.From Jerusalem, McCarron followed a series of wild hiking trails that trace ancient trading and pilgrimage routes and traverse some of the most contested landscapes in the world. In the West Bank, he met families struggling to lead normal lives amidst political turmoil and had a surreal encounter with the world's oldest and smallest religious sect. In Jordan, he visited the ruins of Hellenic citadels and trekked through the legendary Wadi Rum. His journey culminated in the vast deserts of the Sinai, home to Bedouin tribes and haunted by the ghosts of Biblical history. The Land Beyond is a journey through time, from the quagmire of current geopolitics to the original ideals of the faithful, through the layers of history, culture and religion that have shaped the Holy Land. But at its heart, it is the story of people, not politics and of the connections that can bridge seemingly insurmountable barriers.

Leon McCarron is a Northern Irish writer, film-maker and speaker. He is a Fellow of the Royal Geographical Society and specializes in storytelling via long distance, human-powered expeditions. He has cycled from New York to Hong Kong, walked 3000 miles across China, trekked 1000 miles through the Empty Quarter desert in Arabia and travelled along Iran's longest river. At the end of 2014 he rode a horse across Argentina, following the Santa Cruz river in the footsteps of Charles Darwin. Most recently, McCarron walked from Jerusalem to Mount Sinai to explore another side of the Middle East. His first book, The Road Headed West described a cycling adventure across North America. McCarron has also produced a TV series, Walking Home from Mongolia, for National Geographic and made three independent films. In 2017 he was awarded the Neville Shulman Challenge Award.