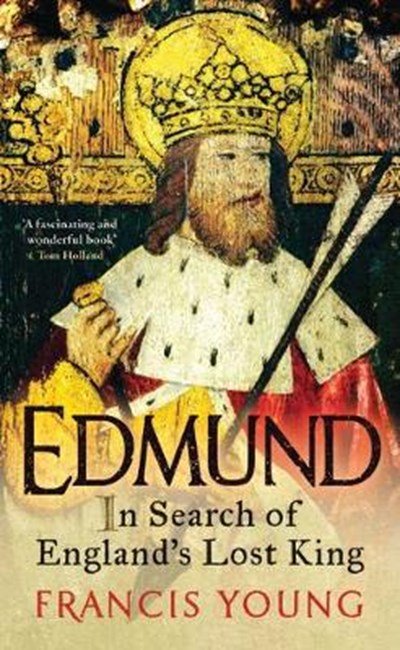 QTY
Add to Basket
Publisher: Bloomsbury Publishing PLC
ISBN: 9781788311793
Number of Pages: 224
Published: 30/03/2018
Width: 13.5 cm
Height: 21.6 cm
Description Author Information Reviews
What buried secret lies beneath the stones of one of England's greatest former churches and shrines? The ruins of the Benedictine Abbey of Bury St Edmunds are a memorial to the largest Romanesque church ever built. This Suffolk market town is now a quiet place, out of the way, eclipsed by its more famous neighbour Cambridge. But present obscurity may conceal a find as significant as the emergence from beneath a Leicester car-park of the remains of Richard III. For Bury, as Francis Young now reveals, is the probable site of the body - placed in an `iron chest' but lost during the Dissolution of the Monasteries - of Edmund: martyred monarch of the Anglo-Saxon kingdom of East Anglia and, well before St George, England's first patron saint. After the king was slain by marauding Vikings in the ninth century, the legend which grew up around his murder led to the foundation in Bury of one of the pre-eminent shrines of Christendom. In showing how Edmund became the pivotal figure around whom Saxons, Danes and Normans all rallied, the author points to the imminent rediscovery of the ruler who created England.

Born in Bury St Edmunds, and now a foremost authority on the history and culture of eastern England, Francis Young gained a PhD in history from the University of Cambridge and is a Fellow of the Royal Historical Society. A former Head of History at the King's School, Ely, he is the author and editor of seven previous books. These include English Catholics and the Supernatural, 1553-1829 (2013), The Gages of Hengrave and Suffolk Catholicism, 1640-1767 (2015), The Abbey of Bury St Edmunds: History, Legacy and Discovery (2016), Catholic East Anglia: A History of the Catholic Faith in Norfolk, Suffolk, Cambridgeshire and Peterborough (2016) and A History of Exorcism in Catholic Christianity (2016). He broadcasts regularly for the BBC on historical and religious topics.