Cult of a Dark Hero 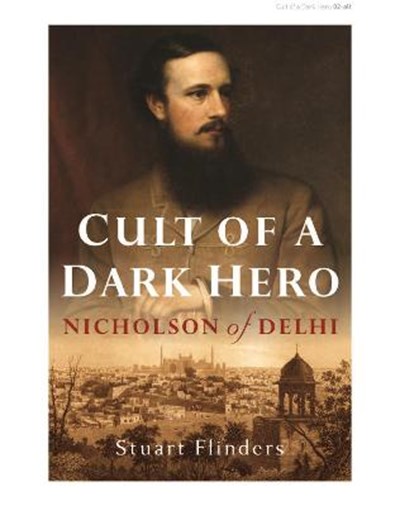 Cult of a Dark Hero

Publisher: Bloomsbury Publishing PLC
ISBN: 9781788312363
Number of Pages: 256
Published: 14/06/2018
Width: 15.6 cm
Height: 23.4 cm
Description Author Information Reviews
In September 1857, a member of a religious sect killed himself on hearing the news that the object of his devout observance, Nikal Seyn, had died. Nikal Seyn was, in fact, John Nicholson, the leader of the British assault that recovered Delhi at the turning-point of the Indian Rebellion of 1857. What was it about Nicholson that prompted such devotion, not just from his religious followers, but from the general public? And why is he no longer considered a hero? The man called 'The Lion of the Punjab' by his contemporaries and compared to General Wolfe of Quebec, and even to Napoleon, has in recent times been dubbed 'an imperial psychopath' and 'a homosexual bully'. Yet his was a remarkable tale of a life of adventure lived on the very edge of the British Empire; of a man who was as courageous as he was ruthless, as loyal to his friends as he was merciless to those who crossed him. But it is also the story of how modern attitudes to race and Empire have changed in the years since he died. Previously unpublished material, including the diaries of contemporaries and personal letters, helps build a new perspective on Nicholson's personality. The book considers his sexuality and ambivalent attitude towards religion. It traces his murderous thoughts towards the Chief Commissioner of the Punjab, John Lawrence, and reveals that, remarkably, the Nikal Seyni cult continued into the 21st century. This is the first book-length biography of Nicholson for over 70 years. A new account of the Irish soldier who became an Indian God, an examination of the cult of a dark hero, is long overdue.

Stuart Flinders has been a journalist and broadcaster for 35 years. He has appeared as a correspondent on many BBC programmes and has been a presenter on BBC News and Radio 4's You and Yours. He is now a reporter based at MediaCity in Salford and regular presenter of live concerts on Radio 3. He is the holder of a Royal Television Society Broadcaster of the Year award. He studied Modern History at the University of Oxford.