Deliverance and Demonology in Church Ritual 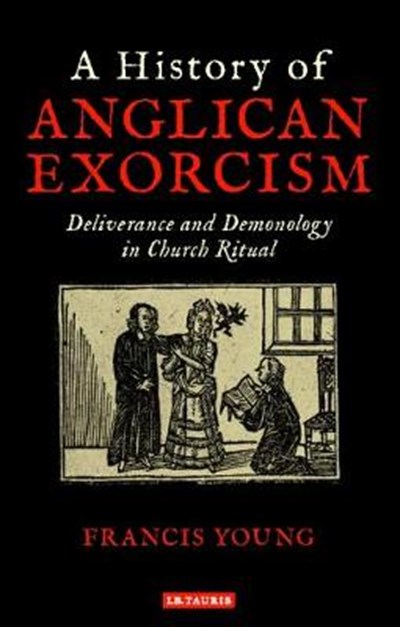 Deliverance and Demonology in Church Ritual

QTY
Add to Basket
Publisher: Bloomsbury Publishing PLC
ISBN: 9781788313476
Number of Pages: 272
Published: 30/06/2018
Width: 13.8 cm
Height: 21.6 cm
Description Author Information Reviews
Exorcism is more widespread in contemporary England than perhaps at any other time in history. The Anglican Church is by no means the main provider of this ritual, which predominantly takes place in independent churches. However, every one of the Church of England dioceses in the country now designates at least one member of its clergy to advise on casting out demons. Such `deliverance ministry' is in theory made available to all those parishioners who desire it. Yet, as Francis Young reveals, present-day exorcism in Anglicanism is an unlikely historical anomaly. It sprang into existence in the 1970s within a church that earlier on had spent whole centuries condemning the expulsion of evil spirits as either Catholic superstition or evangelical excess. This book for the first time tells the full story of the Anglican Church's approach to demonology and the exorcist's ritual since the Reformation in the sixteenth century. The author explains how and why how such a remarkable transformation in the Church's attitude to the rite of exorcism took place, while also setting his subject against the canvas of the wider history of ideas.

A foremost authority on the history of religion and of esoteric practice, especially in eastern England, Francis Young gained a PhD in history from the University of Cambridge and is a Fellow of the Royal Historical Society. He is the author and editor of several previous books. These include English Catholics and the Supernatural, 1553-1829 (2013), The Gages of Hengrave and Suffolk Catholicism, 1640-1767 (2015), The Abbey of Bury St Edmunds: History, Legacy and Discovery (2016), Catholic East Anglia: A History of the Catholic Faith in Norfolk, Suffolk, Cambridgeshire and Peterborough (2016), A History of Exorcism in Catholic Christianity (2016), Magic as a Political Crime in Medieval and Early Modern England (I.B.Tauris. 2017) and Edmund: In Search of England's Lost King (I.B.Tauris, 2018). He broadcasts regularly for the BBC on historical and religious topics.