Love and Loss in Modern China 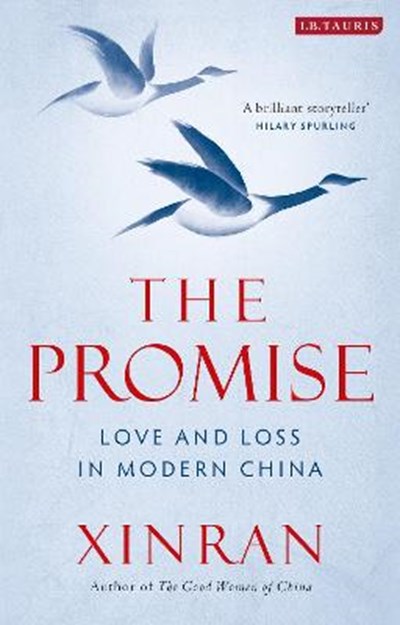 Love and Loss in Modern China

QTY
Add to Basket
Publisher: Bloomsbury Publishing PLC
ISBN: 9781788313629
Number of Pages: 288
Published: 29/11/2018
Width: 13.8 cm
Height: 21.6 cm
Description Author Information Reviews
At the start of the twentieth century in China, the Hans were married in an elaborate ceremony before they were even born. While their future was arranged by their families, this couple had much to be grateful for. Not only did they come from similar backgrounds - and as such were recognized as a good match - they also had a shared passion in their deep love of ancient Chinese poetry. They went on to have nine children and chose colours portrayed in some of their favourite poems as nicknames for them - Red, Cyan, Orange, Yellow, Green, Ginger, Violet, Blue and Rainbow. Fate, and the sweep of twentieth century history would later divide these children into three groups: three went to America or Hong Kong to protect the family line from the communists; three were married to revolutionaries having come of age as China turned red; while three suffered tragic early deaths. With her trademark wisdom and warmth, Xinran describes the lives and loves of this extraordinary family over four generations. What emerges is not only a moving, beautifully-written and engaging story of four people and their lives, but a crucial portrait of social change in China. Xinran begins with the magic and tragedy of one young couples wedding night in 1950, and goes on to tell personal experiences of loss, grief and hardship through China's extraordinary century. In doing so she tells a bigger story - how traditional Chinese values have been slowly eroded by the tide of modernity and how their outlooks on love, and the choices they've made in life, have been all been affected by the great upheavals of Chinese history. A spell-binding and magical narrative, this is the story of modern China through the people who lived through it, and the story of their love and loss.

Xinran is a Chinese author, journalist and activist. The host of a ground-breaking Chinese radio show 'Thoughts on the Night Breeze' which invited women from across the country to discuss their issues in a frank and open setting, Xinran was a pioneer. Her first book, based on ten years of her radio show, was released in 2002 - The Good Women of China was a literary sensation in the West and has now been published all over the world in more than 30 languages, becoming an international bestseller. She has written one novel, Miss Chopsticks, and four other non-fiction books: Sky Burial, China Witness, Message from an Unknown Chinese Mother and Buy Me the Sky. Xinran lectures and gives speeches on writing and Chinese women and history in over twenty countries. In 2004, she set up The Mothers' Bridge of Love charity to create a bridge of understanding between China and the West. Xinran is based in London, but visits China regularly.