A Medieval Journey from Cordoba to Jerusalem 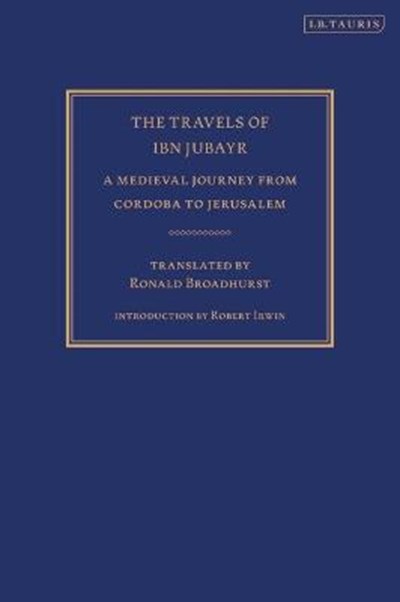 A Medieval Journey from Cordoba to Jerusalem

eBook FAQ
Add to Basket
Publisher: Bloomsbury Publishing PLC
ISBN: 9781788318228
Number of Pages: 456
Published: 14/11/2019
Width: 15.6 cm
Height: 23.4 cm
Description Author Information Reviews
Ibn Jubayr's account of his journey from his home in then Islamic Spain to the holy cities of Mecca and Medina, Syria, the Crusader Kingdoms and ultimately Egypt is a landmark text for the study and understanding of the Medieval Islamic World. Broadhurst's translation gives voice to Ibn Jubayr's vivid impressions of the 12th century Mediterranean. He recounts his experiences in Saladin's Egypt in contrast to rule of the Almohads in the Maghreb, and gives a positive assessment of the conditions of Muslims in the Kingdom of Jerusalem. He also takes detailed note of and interest in the great architecture of period, both Muslim and non Muslim, as well as his experiences with the learned Sufi teachers of the East. With a new introduction by Robert Irwin, this classic first-hand account remains of upmost value to historians of the Medieval Mediterranean and Islamic World.