The Lives and Legacies of the World's Greatest Cathedrals 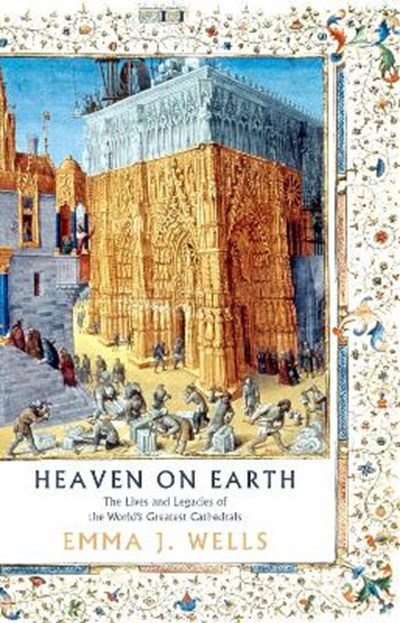 The Lives and Legacies of the World's Greatest Cathedrals

QTY
Add to Basket
Publisher: Head of Zeus
ISBN: 9781788541947
Number of Pages: 512
Published: 01/09/2022
Width: 15.6 cm
Height: 23.4 cm
Description Author Information Reviews
A glorious illustrated history of sixteen of the world's greatest cathedrals, interwoven with the extraordinary stories of the people who built them. The emergence of the Gothic in twelfth-century France, an architectural style characterized by pointed arches, rib vaults, flying buttresses, large windows and elaborate tracery, triggered an explosion of cathedral-building across western Europe. It is this remarkable flowering of ecclesiastical architecture that forms the central core of Emma Wells's authoritative but accessible study of the golden age of the cathedral. Prefacing her account with the construction in the sixth century of the Hagia Sophia, the remarkable Christian cathedral of the eastern Roman empire, she goes on to chart the construction of a glittering sequence of iconic structures, including Saint-Denis, Notre-Dame, Canterbury, Chartres, Salisbury, York Minster and Florence's Duomo. More than architectural biographies, these are human stories of triumph and tragedy that take the reader from the chaotic atmosphere of the mason's yard to the cloisters of power. Together, they reveal how 1000 years of cathedral-building shaped modern Europe, and influenced art, culture and society around the world.

Dr Emma J. Wells is an award-winning academic, author and broadcaster. She is Lecturer in Ecclesiastical and Architectural History at the University of York. She holds a PhD from Durham University, for which she was awarded a British Archaeological Association Ochs Scholarship and a Society for Church Archaeology research grant. Emma is also a regular contributor to television and radio, and writes for publications including BBC Countryfile, TLS, BBC History and History Today. Her previous book, Pilgrim Routes of the British Isles, was published in 2016.