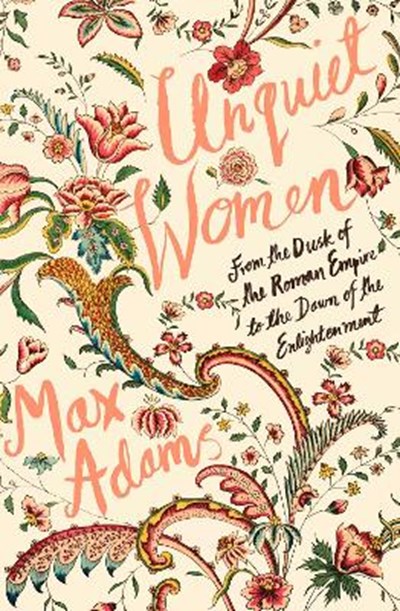 QTY
Add to Basket
Publisher: Head of Zeus
ISBN: 9781788543415
Published: 01/11/2018
Description Author Information Reviews
Unquiet Women is an exquisitely crafted patchwork of the forgotten lives of some of the most remarkable women in history. Wynflaed was an Anglo-Saxon noblewoman who owned male slaves and badger-skin gowns; Egeria a Gaulish nun who toured the Holy Land as the Roman Empire was collapsing; Gudrid an Icelandic explorer and the first woman to give birth to a European child on American soil; Mary Astell a philosopher who out-thought John Locke. In this exploration of the lives of women living between the last days of Rome and the Enlightenment, Max Adams triumphantly overturns the idea that women of this period were either queens, nuns or invisible. A kaleidoscopic study of women's creativity, intellect and influence, Unquiet Women brings to life the experiences of women whose stories are all too rarely told. Thanks to its author's rigorous work of rescue and recovery, their voices can be heard across the centuries - still passionate and still strong.

Max Adams is the author of The Wisdom of Trees, The Little Book of Planting Trees and the bestselling The King in the North. A teacher of woodland tree histories, he manages an area of woodland in County Durham, where he has lived and worked in the North-East of England since 1993.