Case for the Green New Deal 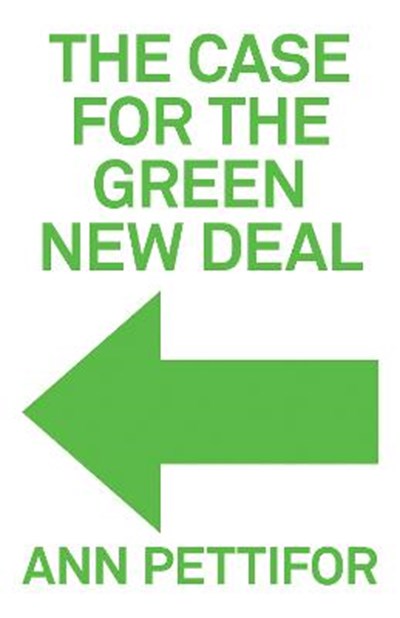 Case for the Green New Deal

QTY
Add to Basket
Publisher: Verso Books
ISBN: 9781788738156
Published: 17/09/2019
Description Author Information Reviews
The GND has the potential of becoming one of the largest global campaigns of our times, and it started in Ann Pettifor's flat. In 2008, the first Green New Deal was devised by Pettifor and a group of English economist and thinkers, but was ignored within the tumults of the financial crash. A decade later, the ideas was revived within the democratic socialists in the US, forefront by Alexandria Ocasio Cortez. The Green New Deal demands a radical and urgent reversal of the current state of the global economy: including total de-carbonisation and a commitment to fairness and social justice. Critics on all sides have been quick to observe that the GND is a pipe dream that could never be implemented, and would cost the earth. But, as Ann Pettifor shows, we need to rethink the function of money, and how it works within the global system. How can we bail out the banks but not the planet? We have to stop thinking about the imperative of economic growth-nothing grows for ever. The program will be a long term project but it needs to start immediately.

Ann Pettifor is the Director of Prime (Policy Research in Macroeconomics) and a Fellow of the New Economics Foundation. She is known for her leadership of the Jubilee 2000 campaign. In 2015 she was invited onto the economic advisory board of the British Labour Party by Jeremy Corbyn. She is the author of The Real World Economic Outlook and The Coming First World Debt Crisis and in 2008 co-author of The Green New Deal. She lives in London