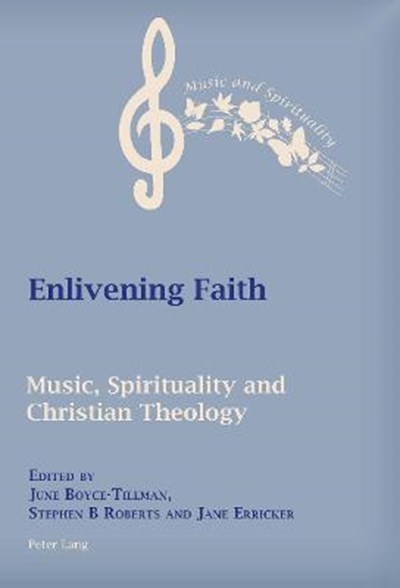 eBook FAQ
Add to Basket
Publisher: Peter Lang International Academic Publishers
ISBN: 9781788746205
Number of Pages: 440
Published: 13/08/2019
Width: 15 cm
Height: 22.5 cm
Description Author Information Reviews
The relationship between Christian theology and music has been complex since the early days of the Church. In the twentieth century the secularization of Western culture has led to further complexity. The search for the soul, following Nietzsche's declaration of the Death of God has led to an increasing body of literature in many fields on spirituality. This book is an attempt to open up a conversation between these related discourses, with contributions reflecting a range of perspectives within them. It is not the final word on the relationship but expresses a conviction about their relationship. Collecting together such a variety of approaches allows new understandings to emerge from their juxtaposition and collation. This book will contribute to the ongoing debate between theology, spirituality, culture and the arts. It includes contexts with structured relationships between music and the Church alongside situations where spirituality and music are explored with sometimes distant echoes of Divinity and ancient theologies reinterpreted for the contemporary world.

The Rev Dr June Boyce-Tillman MBE is Professor of Applied Music at the University of Winchester and has published widely on music education, including an edited book on spirituality and music education. She is an Extra-ordinary Professor at North West University, South Africa, and an Anglican priest and honorary chaplain to Winchester Cathedral. Stephen B. Roberts is an academic theologian, Anglican priest and amateur musician based in Cardiff. He has published in each of these areas and is currently investigating the relationship between how difference is negotiated in music and religion. Jane Erricker was Associate Dean of the Faculty of Education at the University of Winchester. She has published widely in the field of spirituality, including jointly authoring and editing the books The Education of the Whole Child, Reconstructing Religious and Spiritual and Moral Education and Contemporary Spiritualities.