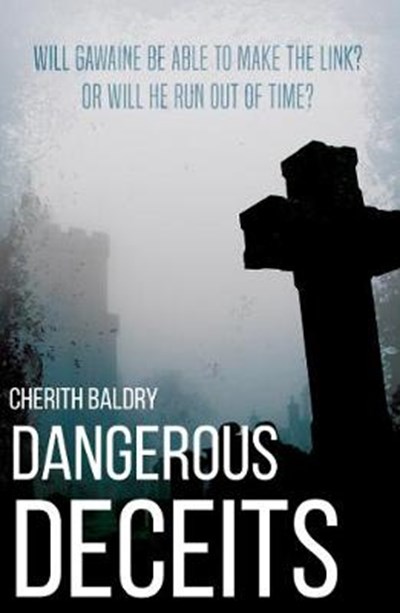 Publisher: Troubador Publishing
ISBN: 9781789016154
Number of Pages: 216
Published: 28/01/2019
Width: 12.9 cm
Height: 19.8 cm
Description Author Information Reviews
When Thomas Coates, Vicar of St Paul's, Ellingwood, disappears from his vestry minutes before the Sunday morning service, subsequently to be found dead on the North Downs, reluctant amateur detective Gawaine St Clair is called in to investigate. Gawaine and his companions assemble a list of suspects: Frank Reed, whose wife Ruth was refused Communion by Fr Thomas because she has been divorced; John Bretton who had clashed with Fr Thomas over his chaplaincy of the local prep school; Stella Bretton and Andrew Danby who have been breaking their marital vows together; Henry Hartley, Church Treasurer, who appears to have more money than he should have; Richard Coates, Fr Thomas's brother, who inherits shares that give him control of the family business. Further complications arise when it is discovered that the local doctor's receptionist is hopelessly infatuated with the doctor. Could her suicide be connected to Fr Thomas's murder? What is the significance of Fr Thomas's missing pectoral cross? And who else had a role to play in the crime?

Cherith Baldry was born in Lancaster and studied at the University of Manchester and St Anne's College, Oxford. She worked as a teacher, including lecturing at Fourah Bay College, Sierra Leone, before becoming a full-time writer, mainly of science-fiction and fantasy. Her previous novel, Brutal Terminations, was published by Matador in 2018. She lives in Surrey.