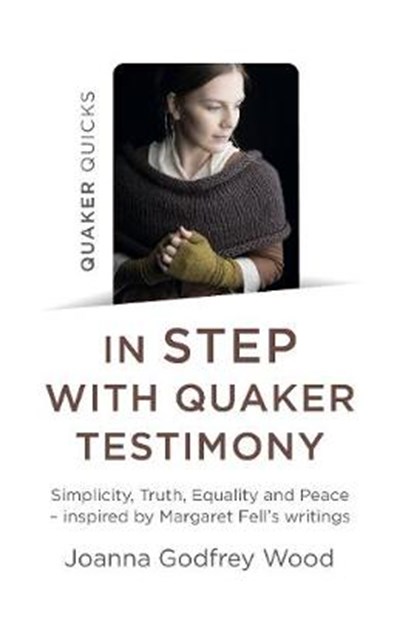 eBook FAQ
Add to Basket
Publisher: John Hunt Publishing
ISBN: 9781789045772
Number of Pages: 88
Published: 30/04/2021
Width: 14.1 cm
Height: 21.5 cm
Description Author Information Reviews
Margaret Fell was an inspiring and practical leader in the early Quaker movement in 17th-century England. Remembered as the wife of George Fox, her writings have been largely forgotten. This book brings them to life again, with excerpts and reflections structured around the four testimonies that have continued to shape Quaker witness to this day: Simplicity, Truth, Equality and Peace. To do this, Joanna Godfrey Wood follows each passage with a modern adaptation of Fell's words and then explores her own personal responses from a 21st-century perspective. We are left with a sense of a strong and beautiful bridge linking past and present.

Joanna Godfrey Wood has been a Quaker all her life and she attended a Quaker school. She recently took the Equipping for Ministry course at the Woodbrooke Quaker Study Centre in Birmingham, England, which gave her a chance to study the works of Margaret Fell. In her local Quaker meeting her particular ministry is facilitating study groups. She has also written Travelling in the Light: How Margaret Fell's Writings can Speak to Quakers Today. Joanna spent her working life as a book editor. Joanna lives in North London, UK.