Archibald Mountbank and the Miniscule Miracles 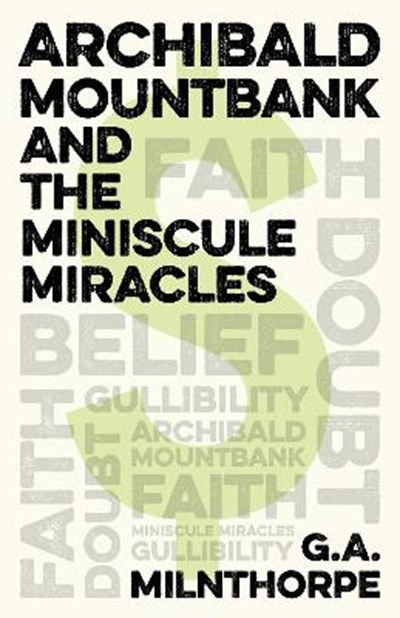 Archibald Mountbank and the Miniscule Miracles

eBook FAQ
Add to Basket
Publisher: John Hunt Publishing
ISBN: 9781789049176
Number of Pages: 88
Published: 25/03/2022
Width: 14 cm
Height: 21.6 cm
Description Author Information Reviews
Archibald Mountbank has the power to make almost anything 1% better. Whether you want to be 1% better looking or 1% taller, Archibald Mountbank is your man. He can even boost your immune system or your willpower... for a fee. Archibald Mountbank, one of the richest (and most hated) men in Britain, is about to retire from his highly contentious "profession". But before he retires, Mountbank's Commercial Manager has accepted an offer to allow Mountbank to be shadowed by a journalist. Alistair Dodd, a cynical journalist commissioned to write a hatchet job biography, gets a rare look into the life and practices of the elusive Mountbank and discovers that everyone needs to believe in something... it's just a question of what.

G.A. Milnthorpe is a published author, with three books published to date. He has also had some modest success in the theatre, including two professionally produced plays, and also featured on the BBC Radio Norfolk New Comedy Show. He lives in Bury St. Edmund, UK.