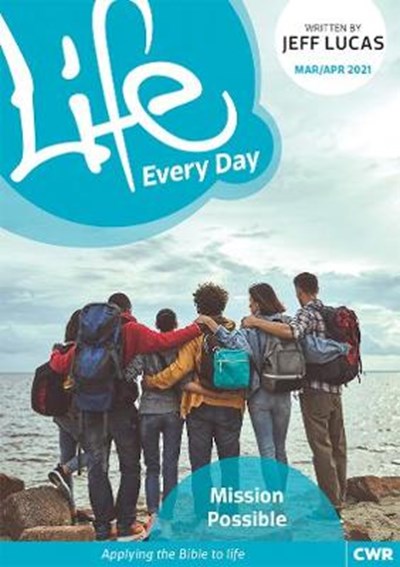 Publisher: CWR
ISBN: 9781789513158
Number of Pages: 72
Published: 16/11/2020
Width: 12 cm
Height: 17 cm
Description Author Information Reviews
Which church in history would you most have liked to have belonged to? That formed by Jesus and His disciples? Or the church that grew up in Jerusalem after the resurrection?In this issue of Life Every Day, Jeff Lucas makes a strong argument for the first church that really took seriously the Great Commission to reach the Gentiles: the church in Antioch, described in the Book of Acts. This was the church that sent out Barnabas and Paul; this was the church, made up by those who escaped Saul's persecution, who nevertheless accepted him as a leader. This was the church that broke the mould and, by its faithful obedience, took on the topics and issues we still face today - diversity, racism and equality.

International author, speaker and broadcaster, Jeff Lucas holds a pastoral teaching position at Timberline Church in Colorado, a church that has grown to 10,000 in the last 15 years. He is the author of some 14 books and is also broadcast on weekly radio shows throughout Europe on Premier Radio. He is a monthly contributor to Christianity Magazine and writes a daily devotional with CWR entitled Life Every Day.