Brexit and the Politics of Pain 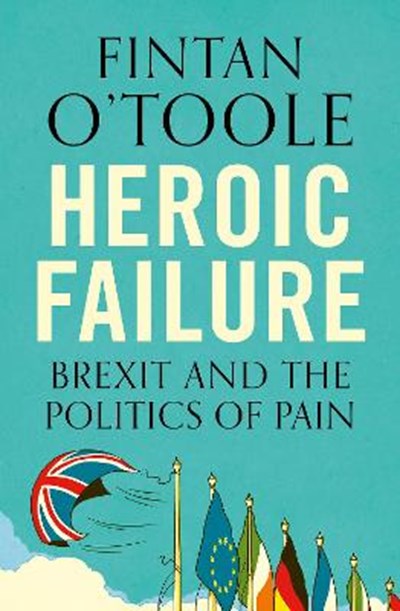 Brexit and the Politics of Pain

Publisher: Head of Zeus
ISBN: 9781789540987
Number of Pages: 240
Published: 22/11/2018
Width: 15.3 cm
Height: 23.4 cm
Description Author Information Reviews
'There will not be much political writing in this or any other year that is carried off with such style' The Times. A TIMES BOOK OF THE YEAR. 'A quite brilliant dissection of the cultural roots of the Brexit narrative' David Miliband. 'Hugely entertaining and engrossing' Roddy Doyle. 'Best book about the English that I've read for ages' Billy Bragg. 'A wildly entertaining but uncomfortable read ... Pitilessly brilliant' Jonathan Coe. In exploring the answers to the question: 'why did Britain vote leave?', Fintan O'Toole finds himself discovering how trivial journalistic lies became far from trivial national obsessions; how the pose of indifference to truth and historical fact has come to define the style of an entire political elite; how a country that once had colonies is redefining itself as an oppressed nation requiring liberation; the strange gastronomic and political significance of prawn-flavoured crisps, and their role in the rise of Boris Johnson; the dreams of revolutionary deregulation and privatisation that drive Arron Banks, Nigel Farrage and Jacob Rees-Mogg; and the silent rise of English nationalism, the force that dare not speak its name. He also discusses the fatal attraction of heroic failure, once a self-deprecating cult in a hugely successful empire that could well afford the occasional disaster: the Charge of the Light Brigade, or Franklin lost in the Arctic. Now failure is no longer heroic - it is just failure, and its terrible costs will be paid by the most vulnerable of Brexit's supporters, and by those who may suffer the consequences of a hard border in Ireland and the breakdown of a fragile peace.

Fintan O'Toole is a historian, biographer, literary critic and political commentator. His acclaimed columns on Brexit for the Irish Times, the Guardian and the New York Review of Books have been awarded both the Orwell Prize and the European Press Prize. His books include A Traitor's Kiss, his life of Richard Brinsley Sheridan, Judging Shaw and White Savage. His investigative, polemical books have all been bestsellers: Meanwhile Back at the Ranch, Ship of Fools and Enough is Enough. He is writing the authorised biography of Seamus Heaney and, for Head of Zeus, a history of Ireland in his own time.