An Introduction to Biblical Doctrine 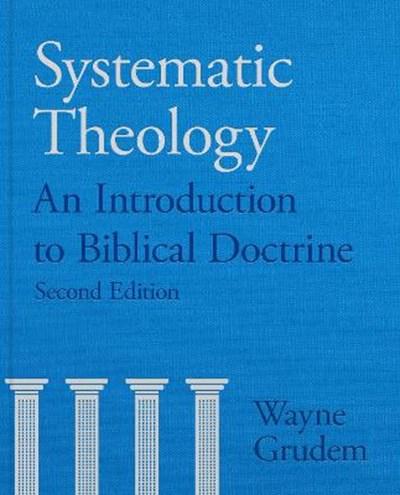 An Introduction to Biblical Doctrine

Publisher: Inter-Varsity Press
ISBN: 9781789742084
Number of Pages: 1584
Published: 19/11/2020
Width: 18.5 cm
Height: 23.2 cm
Description Author Information Reviews
Wayne Grudem believes that 'theology is meant to be lived and prayed and sung' - but before this can happen, it must be understood. The most widely-used text of the last 25 years in its discipline, Systematic Theology by Wayne Grudem has been thoroughly revised and expanded (all 57 chapters) for the first time, while retaining the features that have made it the standard in its field: clear explanations, an emphasis on each doctrine's scriptural basis, and practical applications to daily life. Part of the brilliance of Systematic Theology over the years has been its simplicity and ease of use. Each chapter follows the same structure. First, there is discussion of the doctrine being considered, such as justification or the Trinity or the deity of Christ. An explanation of where that doctrine is supported in the Bible and possible objections follow. Personal application and key terms to know for personal growth are then provided. Chapters also include a scripture memory passage, references to other literature on the topic, and suggested hymns and worship songs. With several hundred pages of new content, this new edition now includes the following distinctive features, including: Updated, fuller analysis of several recent controversies within evangelicalism, including the eternal relationship between the Father and the Son in the Trinity, the question of God's atemporal eternity, the role of women in the church, "seeker-sensitive" churches, miraculous gifts of the Holy Spirit, and contemporary worship music. New, thoughtful critiques of open theism, the "new perspective on Paul," Molinism (or "middle knowledge"), "Free Grace" theology, and the preterist view of Christ's second coming Completely revised, stronger chapter on the clarity of Scripture Completely revised, stronger chapter on creation and evolution (including a longer critique of theistic evolution) Completely updated bibliographies All Scripture quotations updated from RSV to ESV A contemporary worship song added at the end of each chapter (while retaining the traditional hymns as well) Wayne Grudem's warm, pastoral and practical approach to systematic theology has been widely appreciated. He demonstrates on page after page how important biblical doctrine is both for the spiritual health of the individual and for the well-being of the church at large.

Professor of Theology and Biblical Studies at Phoenix Seminary, Scottsdale, Arizona, USA. Previously he taught for twenty years at Trinity Evangelical Divinity School, Deerfield, Illinois. He holds degrees from Harvard (BA), Westminster Seminary (MDiv) and Cambridge (PhD), and is a past president of the Evangelical Theological Society. He is the author numerous books including The Gift of Prophecy in the New Testament and Today, Politics According to the Bible, Christian Ethics and Evangelical Feminism and Biblical Truth, and editor of Are Miraculous Gifts for Today? Four Views.