From Prisoner to Prince

The Joseph Story In Biblical Theology 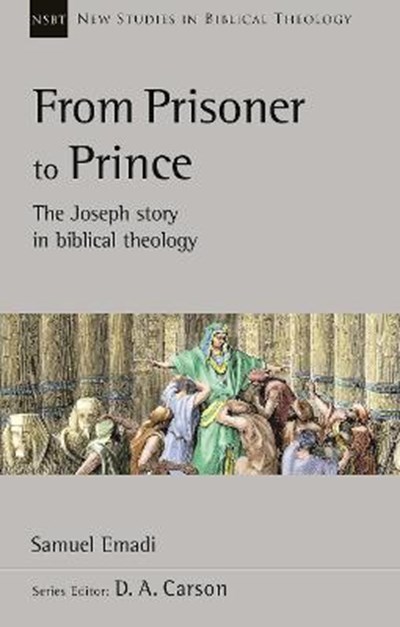 From Prisoner to Prince

The Joseph Story In Biblical Theology

QTY
Add to Basket
Publisher: Inter-Varsity Press
ISBN: 9781789743937
Number of Pages: 208
Published: 19/05/2022
Width: 13.8 cm
Height: 21.6 cm
Description Author Information Reviews
The story of Joseph is one of the most well known in the Bible, yet is rarely mentioned in Scripture outside the Book of Genesis. How then do we understand Joseph's significance in redemptive history? Is Joseph, as has often been suggested, a type of the Messiah? From Prisoner to Prince offers a comprehensive commentary on the Joseph narrative, exploring both its function within the overall narrative of Genesis as well as how it is used by later Biblical authors. Samuel Emadi considers the literary and theological context in which Joseph's story was first written, as well the intra-canonical development of the story via inner-biblical allusion and how it is referenced and alluded to within the New Testament. Thorough, cogent and detailed, Emadi's study contains the methodological rigour that has often been missing from messianic interpretations of Joseph. Carefully unpacking Joseph's role throughout the Bible, he demonstrates that this story is both the resolution to Genesis's narrative and typologically influences the later narration of redemptive history. The culmination is the New Testament's portrayal of Jesus as an antitypical, new and final Joseph. Insightful and accessible, From Prisoner to Prince is a valuable new addition to the New Studies in Biblical Theology series. Full of stimulating insight, it is ideal for students studying the Joseph story, pastors preaching from Genesis and anyone looking for commentaries on Joseph that dig deeply into its theology. From Prisoner to Prince will leave you with a greater understanding of the story of Joseph both as part of the Book of Genesis, and as part of the whole of Scripture that points ultimately towards Jesus Christ.

Samuel Emadi is the senior pastor at Hunsinger Lane Baptist Church in Louisville, Kentucky, USA and an editor at 9Marks. He received his PhD from the Southern Baptist Theological Seminary. As well as From Prisoner to Prince he has written various volumes in 9Marks' Church Questions series, and several online articles.