The Waldensians in Historical Context 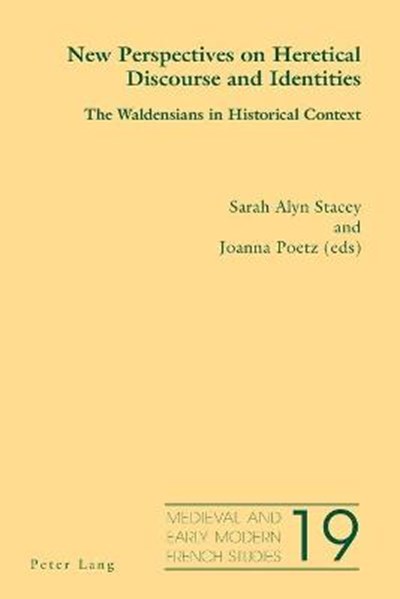 The Waldensians in Historical Context

eBook FAQ
Add to Basket
Publisher: Peter Lang International Academic Publishers
ISBN: 9781789977141
Number of Pages: 360
Published: 30/07/2021
Width: 15.2 cm
Height: 22.9 cm
Description Author Information Reviews
Of particular significance for an understanding of early Church history are the Waldensians, members of a dissident religious movement which originated in France in the twelfth century and resided primarily in the Duchy of Savoy and Northern and Southern Italy, before moving to other parts of Europe. Bringing together contributions by leading scholars in the field, this volume of essays discusses the construction and transmission of Waldensian identity through discourse and cultural production. It highlights in particular the religious and political significance of the Waldensians at an international level, not least with regard to the Reformation and its aftermath. Fundamental to the research presented are the rich holdings of Waldensian manuscripts in the Old Library of Trinity College Dublin and also in Cambridge, Geneva and Grenoble. The volume is divided into two parts and its first section, "Editing Waldensian Texts and Manuscripts", considers Waldensian texts and manuscripts, their circulation, physical characteristics, language and textual sources. The second section, "Constructing Waldensian Identity", examines the shifting representation of Waldensian identity through stereotypes, modern literature, the visual arts and historical accounts; the role played by specific libraries, individuals, gifts, and countries in promoting and fashioning Waldensian identity is also brought to light. A key aim of the volume is to offer a review of research to date and to point to future directions for study.

Sarah Alyn Stacey, FTCD, is Associate Professor of French Renaissance Literature in Trinity College Dublin, Director of the Trinity Centre for Medieval and Renaissance Studies, a member of the Academie de Savoie and a Chevalier de l'ordre national du merite. She publishes in the field of French Renaissance literature with particular reference to the court of Savoy and the poet Marc-Claude de Buttet. Joanna Poetz completed her PhD in the Department of French in Trinity College Dublin. As part of her doctoral thesis, supervised by Dr Sarah Alyn Stacey, she prepared a critical edition of the Waldensian treatises written in Occitan and uniquely preserved in the manuscripts of the Old Library in Trinity College Dublin. Her PhD research was funded by the Irish Research Council under the Government of Ireland Postgraduate Programme. In 2018 she was awarded the Eda Sagarra Medal of Excellence by the Irish Research Council.