Eyewitness to a broken world 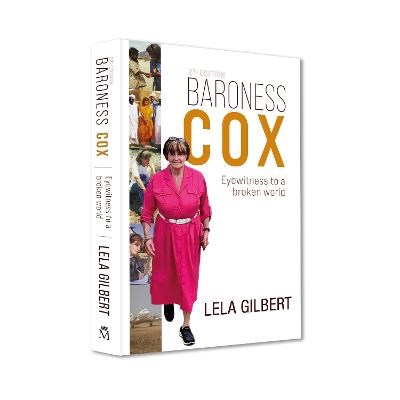 Eyewitness to a broken world

Publisher: SPCK Publishing
ISBN: 9781800300170
Number of Pages: 224
Published: 19/11/2021
Width: 13 cm
Height: 19.8 cm
Description Author Information Reviews
BARONESS COX OF QUEENSBURY was appointed a Life Peer in 1982. A former deputy speaker of the House of Lords, she is a tireless advocate for international human rights. She visits the most forgotten people in the world - often in highly dangerous conditions - to carry their stories of abuse and persecution back to the West. She has risked her life many times while taking aid to war victims in Armenia, Myanmar, Nigeria, Sudan and South Sudan, and Syria. Honorary Vice President of the Royal College of Nursing, Honorary Fellow of the Royal College of Surgeons, recipient of the Wilberforce Award and of the Commander Cross of the Order of Merit of the Republic of Poland, she has also received honorary degrees from universities on three continents. Her motivation is profoundly Christian: "Faith without deeds is dead; love without action is dead." This new edition has been revised throughout to bring Baroness Cox's remarkable story up to date.

Freelance author or co-author of more than 60 books, Lela Gilbert has also written many song lyrics and several novels. She is mother of two sons and lives in California.