A Bible commentary for every day 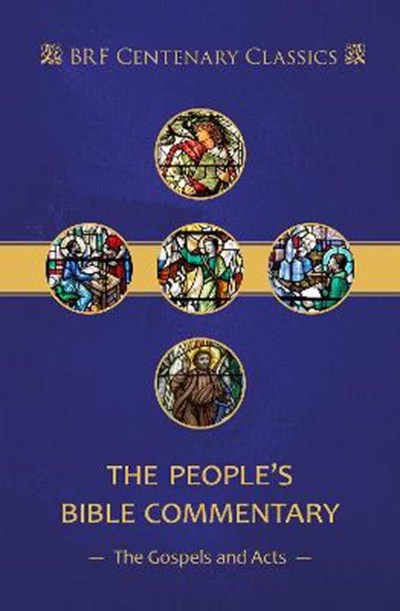 A Bible commentary for every day

QTY
Add to Basket
Publisher: BRF (The Bible Reading Fellowship)
ISBN: 9781800390935
Number of Pages: 240
Published: 20/05/2022
Width: 13 cm
Height: 19.8 cm
Description Author Information Reviews
The People's Bible Commentary series presents scholarly insights in straightforward terms, aiming to instruct the head but also to warm the heart, and pointing to how the truths received can be applied personally. A special boxed set edition brings together five best-loved titles in the series to mark BRF's centenary. Matthew's gospel is clear, organised and practical, giving prominence to Jesus' teaching about lifestyle and relationships. Mark's gospel is the shortest of the four first-century books which share the story of Jesus of Nazareth, and the most vividly told. Luke's gospel stresses how acceptance of Jesus' message means a complete reversal of worldly standards of success. John's gospel is a sublime masterpiece that has fascinated theologians and mystics for centuries. Acts is the story of the birth of the church and the beginnings of its journey around the world.

Revd John Proctor recently retired as a minister of the United Reformed Church. He worked at URC's central office in London from 2014 to 2020, and prior to that he was based at Westminster College, Cambridge, for nearly 30 years.The late Revd Dick France was an Anglican clergyman and a New Testament scholar and writer. He taught at the London School of Theology before becoming principal of Wycliffe Hall, Oxford. Dom Henry Wansborough OSB is a monk of Ampleforth in Yorkshire. He is executive secretary of the International Commission for Preparing an English-language Lectionary (ICPEL). The Revd Professor Richard Burridge served as dean of King's College London for over 25 years from 1993 to 2019. Revd Canon Professor Loveday Alexander is emeritus professor of biblical studies at the University of Sheffield, visiting professor at University of Chester and canon theologian at Chester Cathedral.