Persian Christians at the Chinese Court

The Xi'an Stele and the Early Medieval Church of the East 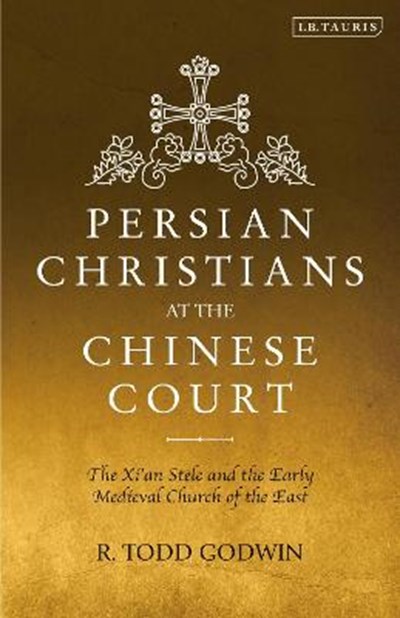 Persian Christians at the Chinese Court

The Xi'an Stele and the Early Medieval Church of the East

eBook FAQ
Add to Basket
Publisher: Bloomsbury Publishing PLC
ISBN: 9781838600136
Number of Pages: 320
Published: 25/07/2019
Width: 13.8 cm
Height: 21.6 cm
Description Author Information Reviews
The Xi'an Stele, erected in Tang China's capital in 781, describes in both Syriac and Chinese the existence of Christian communities in northern China. While scholars have so far considered the Stele exclusively in relation to the Chinese cultural and historical context, Todd Godwin here demonstrates that it can only be fully understood by reconstructing the complex connections that existed between the Church of the East, Sasanian aristocratic culture and the Tang Empire (617-907) between the fall of the Sasanian Persian Empire (225-651) and the birth of the Abbasid Caliphate (762-1258). Through close textual re-analysis of the Stele and by drawing on ancient sources in Syriac, Greek, Arabic and Chinese, Godwin demonstrates that Tang China (617-907) was a cosmopolitan milieu where multiple religious traditions, namely Buddhism, Zoroastrianism, Manichaeism and Christianity, formed zones of elite culture. Syriac Christianity in fact remained powerful in Persia throughout the period, and Christianity - not Zoroastrianism - was officially regarded by the Tang government as 'The Persian Religion'.Persian Christians at the Chinese Court uncovers the role played by Syriac Christianity in the economic and cultural integration of late Sasanian Iran and China, and is important reading for all scholars of the Church of the East, China and the Middle East in the medieval period.

Todd Godwin received his PhD from the School of African and Oriental Studies (SOAS), University of London, and now lectures at the Institute for Orthodox Christian Studies, Cambridge, UK and the Classical Language Learning Resource Centre, Idaho. He has published in peer-reviewed journals on the early medieval Church of the East.