News and How to Use It

What to Believe in a Fake News World 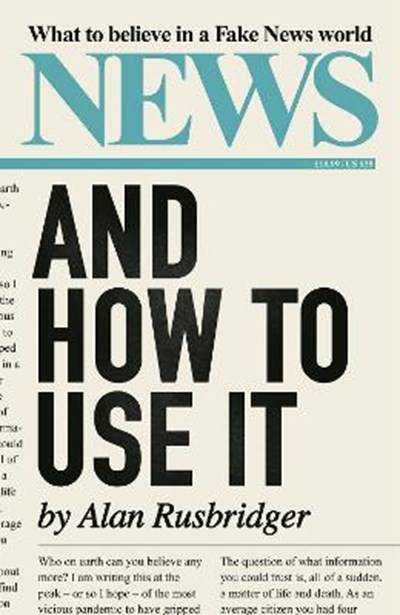 News and How to Use It

What to Believe in a Fake News World

QTY
Add to Basket
Publisher: Canongate Books Ltd
ISBN: 9781838851613
Number of Pages: 336
Published: 26/11/2020
Width: 16.2 cm
Height: 24 cm
Description Author Information Reviews
Nothing in life works without facts. A society that isn't sure what's true can't function. Without facts there can be no government or law. Science is ignored. Trust evaporates. People everywhere feel ever more alienated from - and mistrustful of - news and those who make it. We no longer seem to know who or what to believe. We are living through a crisis of 'information chaos'. News and How to Use It is a glossary for this bewildering age. From AI to Bots, from Climate Crisis to Fake News, from Clickbait to Trolls (and more), here is the definitive user's guide for how to stay informed, tell truth from fiction and hold those in power accountable in the modern age.

Alan Rusbridger is editor of Prospect. Previously he was Editor-in-Chief of Guardian News & Media from 1995 to 2015. He launched the Guardian in the US and Australia as well as building a website which today attracts more than 100 million unique browsers a month. The paper's coverage of phone hacking led to the Leveson Inquiry into press standards and ethics. Guardian US won the 2014 Pulitzer Prize for public service for its leading global coverage of the Snowden revelations. He is the author of Play It Again and Breaking News. He lives in London. He was for six years Principal of Lady Margaret Hall, Oxford, and chairs the Reuters Institute for the Study of Journalism. He is a member of the global Facebook Oversight Board, which regulates content on the social media platform. @arusbridger | arusbridger.com