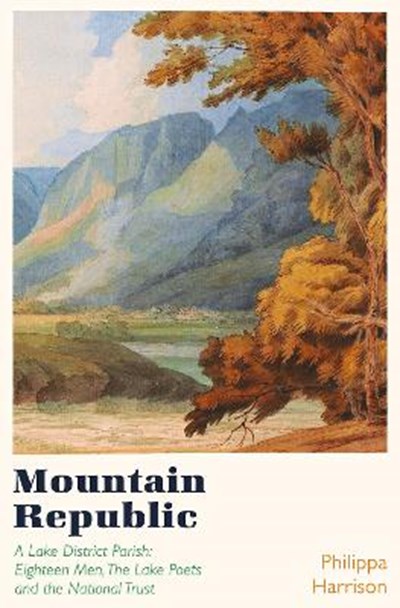 QTY
Add to Basket
Publisher: Head of Zeus
ISBN: 9781838931827
Number of Pages: 736
Published: 10/06/2021
Width: 15.3 cm
Height: 23.4 cm
Description Author Information Reviews
An affectionate but meticulously researched history of one of the most beautiful and best-loved corners of England - Crosthwaite Parish, nestling deep within the mountains and valleys of the Lake District. 'A unique contribution to English history' Hunter Davies 'A delightful, refreshingly written book, attentive to social detail and telling the only story that matters - history' Simon Jenkins 'A wonderful book' Margaret Drabble 'A completely fresh perspective on the Lakes and Lake Poets... I hugely enjoyed it' Andrew Marr Bounded by the peaks of Scafell, Skiddaw and Helvellyn, and embracing such well-known landmarks as Borrowdale, Derwentwater and Keswick, it lies within the heart of the Lake Poets' landscape and its rugged terrain excites passion in all those who know it. The Parish also boasts a remarkable history. Its 90 square miles were governed, from medieval times, by eighteen annually chosen 'customary tenants'; ancestors of the people who later prompted Wordsworth's portrayal of the area as 'a perfect Republic of Shepherds and agriculturalists'. His fellow poet Robert Southey lived within the Parish for forty years, was an active parishioner and rests in St Kentigern's churchyard. Here he is given his rightful position as a Lake Poet. In the nineteenth century, the Victorian state killed off the old parish system, sweeping away the egalitarian rule of the Eighteen Men. But a degree of redemption was at hand. Canon Rawnsley, vicar of Crosthwaite from 1883, pledged to defend the Lake District for future generations. So the Parish was at the heart of the creation of the National Trust and blazed a trail for a wider movement to preserve the English landscape. Writing with a historian's rigour and bearing aloft the banner of the Lake District statesmen, Philippa Harrison has produced a magisterial and fascinating record of a parish with a unique social, cultural and aesthetic resonance in English history.

Philippa Harrison had a long and distinguished career in publishing: she was chief executive and publisher of Little, Brown UK and the first female president of the Publishers Association. She comes from a long line of farmers in the Furness fells, and lives in the same vicarage that Canon Rawnsley lived in when he co-founded the National Trust.