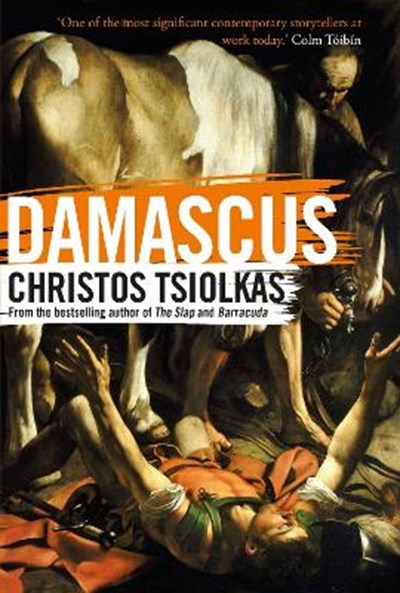 QTY
Add to Basket
Publisher: Atlantic Books
ISBN: 9781838950217
Number of Pages: 432
Published: 05/03/2020
Width: 15.3 cm
Height: 23.4 cm
Description Author Information Reviews
'We are despised, yet we grow. We are tortured and crucified and yet we flourish. We are hated and still we multiply. Why is that? You must wonder, how is it we survive?' In a far corner of the Roman Empire, a radical sect is growing. Alone, unloved and battling his sexuality, Saul scrapes together a living exposing these nascent Christians, but on the road to Damascus, everything changes. Saul - now Paul - becomes drawn into this new religion and its mysterious leader, whose crucifixion leaves followers waiting in limbo for his promised return. As factions splinter and competition to create the definitive version of Christ's life grows violent, he begins to question his new faith and the man at its heart. Damascus is an unflinching dissection of doubt, faith, tyranny, revolution, cruelty and sacrifice. A vivid and visceral novel with perennial concerns, it is a masterpiece of imagination and transformation.

Christos Tsiolkas is the author of The Slap, which won Overall Best Book in the Commonwealth Writers' Prize 2009, was shortlisted for the 2009 Miles Franklin Literary Award, longlisted for the 2010 Man Booker Prize and won the Australian Literary Society Gold Medal. He is also a playwright, essayist and screen writer. He lives in Melbourne.