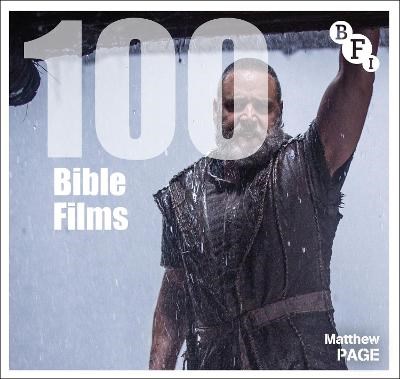 QTY
Add to Basket
Publisher: British Film Institute
ISBN: 9781839023538
Number of Pages: 232
Published: 19/05/2022
Width: 20.5 cm
Height: 19.5 cm
Description Author Information Reviews
From The Passion of the Christ to Life of Brian, and from The Ten Commandments to Last Temptation of Christ, filmmakers have been adapting the stories of the Bible for over 120 years, from the first time the Hoeritz Passion Play was filmed in the Czech Republic back in 1897. Ever since, these stories have inspired musicals, comedies, sci-fi, surrealist visions and the avant-garde not to mention spawning their own genre, the biblical epic. Filmmakers across six continents and from all kinds of religious perspectives (or none at all), have adapted the greatest stories ever told, delighting some and infuriating others. 100 Bible Films is the indispensable guide to this wide and varied output, providing an authoritative but accessible history of biblical adaptations through one hundred of the most interesting and significant biblical films. Richly illustrated with film stills, this book depicts how such films have undertaken a complex negotiation between art, commerce, entertainment and religion. Matthew Page traces the screen history of the biblical stories from the very earliest silent passion plays, via the golden ages of the biblical epic, through to more innovative and controversial later films as well as covering significant TV adaptations. He discusses films made not only by some of our greatest filmmakers, artists such as Martin Scorsese, Jean Luc Godard, Alice Guy, Roberto Rossellini, Pier Paolo Pasolini, Lotte Reiniger, Carl Dreyer and Luis Bunuel, but also those looking to explore their faith or share it with lovers of cinema the world over.

Matthew Page is a UK-based film historian, writer and independent scholar who has been researching adaptations of the Bible in film for over 20 years. He has contributed to a variety of books and journals on the subject and runs the popular Bible films blog, biblefilms.blogspot.com.