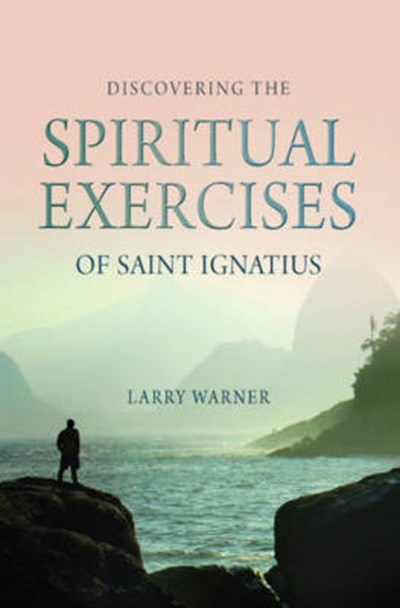 Publisher: BRF (The Bible Reading Fellowship)
ISBN: 9781841018836
Number of Pages: 352
Published: 17/06/2011
Width: 13 cm
Height: 19.8 cm
Description Author Information Reviews
This book is an adaptation of the Spiritual Exercises of St Ignatius Loyola, to help you to embark on a life-transforming journey toward Christlikeness. For nearly 500 years, the Exercises have been a tool for spiritual formation. During those years their popularity has ebbed and flowed, but they are now experiencing something of a revival across the breadth of the Church. This is not a book about the methods or techniques of Christian formation but one that enables you to come before God through the Gospel narratives in order to encounter Jesus afresh. If you hunger for something deeper, yearn to walk with Jesus (not just read about him), and desire to embrace more of what God is doing in and through you, then this is the book for you. Larry Warner is the founder and executive director of "b", an organisation that develops and provides spiritual formation experiences and retreats. He is also an adjunct professor at Bethel Seminary in San Diego and the author of Imaginative Prayer in Youth Ministry (Zondervan, 2007).

Larry Warner is the founder and executive director of 'b', an organisation that develops and provides spiritual formation experiences and retreats. He is also an adjunct professor at Bethel Seminary in San Diego and a member of Spiritual Directors International.

This book effectively brings the Exercises within reach of any disciple of Jesus ready to work with grace to turn life in the kingdom of the heavens with Jesus into their actual existence. Dallas Willard, author of Renovation of the Heart Larry Warner has retrieved a five-hundred-year-old spiritual practice and revealed its practical significance for Christians of the twenty-first century... To follow his wisdom and experience is to discover the transforming power of the life of Jesus. Albert Haase, OFM, author of Coming Home to Your True Self From The Church Times - November 2011 In 1521, a worldly young Basque nobleman, Inigo de Loyola, participated in a battle against invading French forces at Pamplona in northern Spain. In the course of the fighting, Inigo's legs were shattered by a cannonball and he was carried from the battlefield, alive but helpless, and transported to his father's home. There he spent the next nine months in slow convalescence. Pinned to his bed, frustrated and bored, Inigo called for some books of popular romance to while away the time, only to be presented with the Carthusian Ludolph of Saxony's Life of Christ and Voragine's Lives of the Saints. For sheer lack of anything more appealing to hand, he began to read, then to reflect, and, finally, to pray. Thus began the process of conversion by which this soldier-courtier was transformed into the man we now know as St Ignatius Loyola. One enduring result of Ignatius's conversion was a book that he called the Spiritual Exercises. In it, he lays out a plan for a 30-day retreat based on his own path of spiritual discovery: a period of withdrawal and reflection spread over four weeks. Each day, the retreatant would meditate on some incident in the life of Christ, examine his or her fidelity to Christian values, and make a deeper commitment to God's service. Above all, Ignatius conceived his Exercises as leading others, as they had him, towards making a life-choice. They would provide a catalyst for discerning God's will in every circumstance, and move people to follow that will wherever it might lead. Ultimately, they would open the heart to love. In Discovering the Spiritual Exercises of Saint Ignatius by Larry Warner, Ignatius's text is re-presented in a modern format and with the needs of people today in mind. Warner himself is an experienced Ignatian retreat-giver, and there is a solidity and assurance to his presentation which inspires confidence. As in the case of the original, this is not a book for armchair spiritual reading, but a manual for those who wish to incorporate the Exercises into their life. But Warner is merciful to those whose time is limited, and rich in suggestions for alternative modes of practice where necessary. Larry Warner is an Evangelical, founder of "b", with a particular interest in resourcing ministers and pastors. Into that slot his book might well be taken. Sister Gillian is a Carmelite nun at Quidenham in Norfolk.