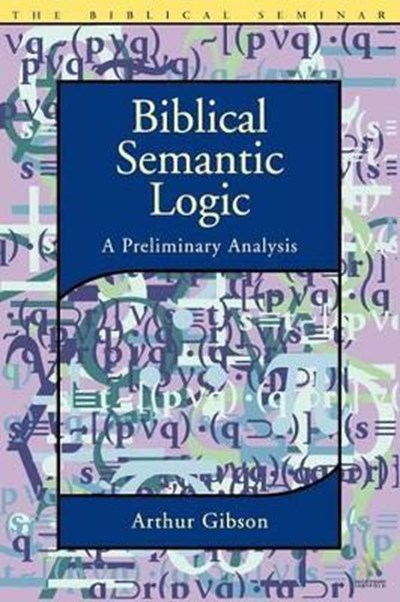 QTY
Add to Basket
Publisher: Bloomsbury Publishing PLC
ISBN: 9781841271736
Number of Pages: 282
Published: 01/02/2002
Width: 15.6 cm
Height: 23.4 cm
Description Author Information Reviews
Biblical Semantic Logic first appeared in 1981, and seeks to show that the study of biblical and ancient Near Eastern languages and literatures can be established on a logical basis. In a new prologue for this edition, Gibson reviews some of the scholarly treatment of the topic since the appearance of the first edition. He addresses the topics of originality and infinity and also suggests that deep areas of literary creativity resemble cosmology and pure mathematics. Gibson then demonstrates how the central areas of biblical usage (names, predicates expressions of quantity, idioms) can be mapped employing some contemporary philosophy, logic and linguistics. There is criticism of some previous scholarly interpretations, expecially where these have led to the underestimation of the conceptual and logical sensitivity of biblical narrative.

Arthur Gibson is a philosopher and a linguist of Near Eastern languages. After some years teaching, acting as a Director of Studies in Philosophy at Cambridge University and a University Proctor, he is currently with the University of Surrey Roehampton, London.