World of the Aramaeans 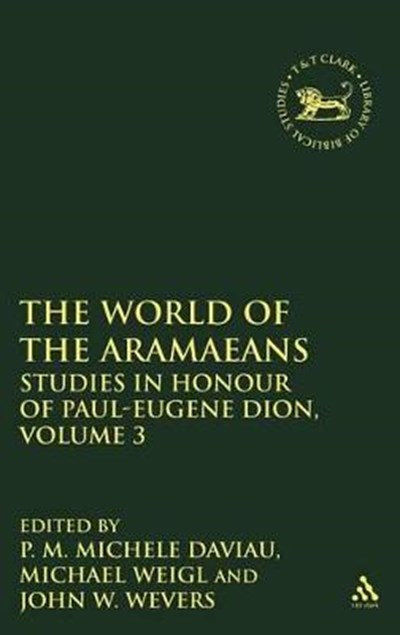 World of the Aramaeans

QTY
Add to Basket
Publisher: Bloomsbury Publishing PLC
ISBN: 9781841271798
Number of Pages: 312
Published: 01/06/2001
Width: 15.6 cm
Height: 23.4 cm
Description Author Information Reviews
The World of the Aramaeans is a three-volume collection of definitive essays about the Aramaeans and the biblical world of which they were a part. Areas of interest include the language, epigraphy and history of the Aramaeans of Syria as well of their neighbours, the Israelites, Phoenicians, Ammonites, Moabites and Edomites. The third volume, on language and literature, includes essays by Michael Weigl, William Marrow, Grant Frame, James M. Lindenberger, Pierre Bordreuil, Amir Harrak, Theodore Lutz, Josef Tropper, Dennis Pardee and Clemens Leonhard.

'So many essays of quality, sometimes very detailed, were submitted, that it proved necessary to divide the Festschrift...a...meaningful contribution to the exegetical and religious ideas of its time.' Martin McNamara, Heythrop Journal, Vol 46, No. 2 (April 2005)--Sanford Lakoff "Heythrop Journal "