Journeys in the Wild

The Secret Life of a Cameraman 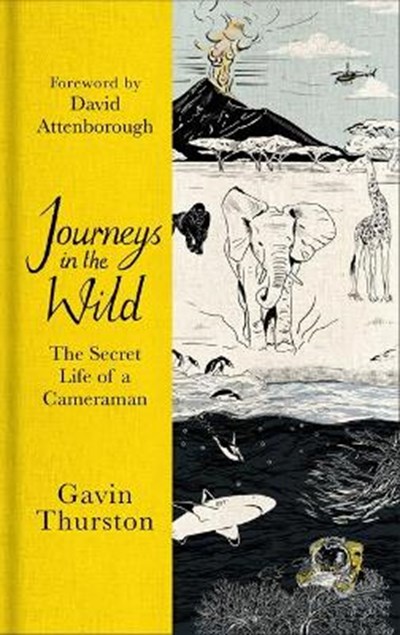 Journeys in the Wild

The Secret Life of a Cameraman

Publisher: Orion Publishing Co
ISBN: 9781841883106
Number of Pages: 448
Published: 22/08/2019
Width: 14.4 cm
Height: 22 cm
Description Author Information Reviews
'Gavin Thurston's book has all sorts of strengths. His camera has captured some of the most eye-catching images of the natural world ever seen on television. And he can write. He brings the process home to us in a style that is modest, down to earth and full of humour. This is one of the best books about filming I've ever read.' MICHAEL PALIN 'Gavin's book is extraordinary: his easy prose and gasp-making encounters make for a gripping and very funny read. It's a rollercoaster ride with a complete professional. I loved it.' JOANNA LUMLEY '[Gavin is] a great cameraman with infinite patience, but also a writer with great powers of observation and expression. Brilliant!' ALAN TITCHMARSH *** From Gavin Thurston, the award-winning Blue Planet II and Planet Earth II cameraman with a foreword by Sir David Attenborough comes extraordinary and adventurous true stories of what it takes to track down and film our planet's most captivating creatures. Gavin has been a wildlife photographer for over thirty years. Against a backdrop of modern world history, he's lurked in the shadows of some of the world's remotest places in order to capture footage of the animal kingdom's finest: prides of lions, silverback gorillas, capuchin monkeys, brown bears, grey whales, penguins, mosquitoes - you name it he's filmed it. From journeys to the deepest depths of the Antarctic Ocean and the wide expanse of the Saharan deserts, to the peaks of the Himalayas and the wild forests of the Congo, Gavin's experiences describe much more than just the incredible array of animals he's filmed. He invites you to come inside the cameraman's hidden world and discover the hours spent patiently waiting for the protagonists to appear; the inevitable dangers in the wings and the challenges faced and overcome; and the heart-warming, life-affirming moments the cameras miss as well as capture.

Gavin Thurston is an award-winning cameraman specialising in wildlife. He has worked on 17 of Sir David Attenborough's series and has travelled and filmed on all seven continents and at both North and South poles. Recently, whilst filming for Blue Planet 2 he was in the submersible that set the world record for deepest dive in Antarctica. He has survived charging elephants, being hunted by lions, close encounters with a grizzly bear mum, wild wolves, plane crashes, civil wars, and coups. And once, whilst filming for a BBC special on Gorillas, he was slapped by a silverback. Gavin has won numerous awards including 5 EMMYs, 3 BAFTAs and a Royal Humane Society Award for Bravery.