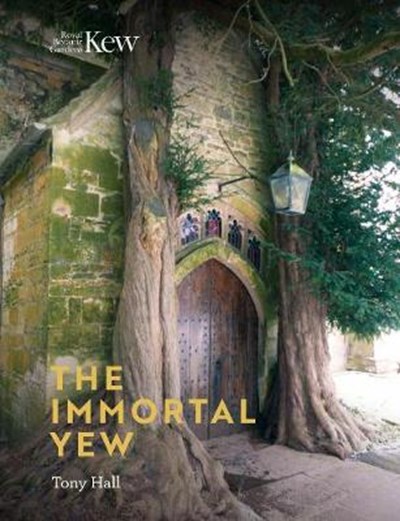 QTY
Add to Basket
Publisher: Royal Botanic Gardens
ISBN: 9781842466582
Number of Pages: 224
Published: 24/09/2018
Width: 18.9 cm
Height: 24.6 cm
Description Author Information Reviews
Yew trees are some of the oldest living organisms in Europe, with particular individuals thought to be over 2,000 years old. Often found growing in churchyards, the English yew or common yew (Taxus baccata) is surrounded in myth and mystery, and its influence can be found throughout history. In The Immortal Yew author Tony Hall takes the reader on a fascinating journey to the ancient yew trees of Britain and Ireland, exploring their mythology and folklore. Tony provides profiles on over 75 publicly accessible yews, with details on their appearance, location, folklore and history, all accompanied with photographs of these stunning individuals. Each tree has its own story to tell, from fragmented, sprawling trunks, ones you can sit inside of, and ancient individuals propped up. Tony describes that many of the magnificent ancient yew trees alive today are situated in churchyards, but are thought to be pre-Christian, pre-dating the churches they sit beside. Being an evergreen tree, the yew was believed to be particularly sacred and long associated with rebirth, and as a result many of the churchyards where ancient yews grow were originally sites of Druid or Celtic worship. The link between churches and the yew became so established that when new churches were built, yew trees were planted next to them. This book is a wonderful souvenir and celebration of our native yew trees, perfect to dip in and out of, and provides an excuse to go and visit these living figures of history.

Tony Hall is Manager of the Arboretum and Gardens at the Royal Botanic Gardens, Kew, where he has worked for the past 17 years. His fascination with natural history began at a young age, and he has been working in horticulture for 40 years. He is the author of Wild Plants of Southern Spain (Kew Publishing, 2017).