Parallel Classic Commentary on the Psalms 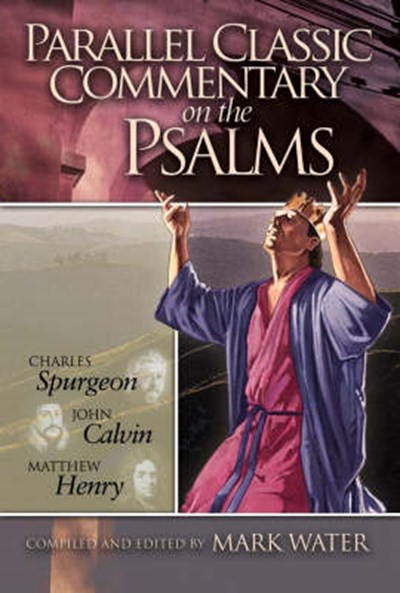 Parallel Classic Commentary on the Psalms

QTY
Add to Basket
Publisher: John Hunt Publishing
ISBN: 9781842981719
Number of Pages: 1000
Width: 15.2 cm
Height: 23.2 cm
Description Author Information Reviews
The Parallel Commentary on the Psalms consists of edited versions of probably the three greatest classic commentaries ever written on the book of Psalms: C. H. Spurgeon's seven-volume commentary, The Treasury of David; John Calvin's five-volume commentary, Commentary on the Psalms; and Matthew Henry's commentary on the Psalms from his Commentary on the Whole Bible. Matthew Henry's commentary, first published in 1710, has never been out of print since. The Treasury of David, published between 1869 and 1883 in weekly instalments in the London Metropolitan Tabernacle's periodical, The Sword and the Trowel, is rightly regarded as Spurgeon's magnum opus; as his wife declared, his "permanent literary memorial." The version of Calvin's commentary on the Psalms has been taken from Rev. James Anderson's translation from the original Latin, which he collated with Calvin's French version, and then published in 1849. These three commentaries are laid out side by side on each double page, next to the relevant King James Version section of the psalms. It thus provides alongside each other the finest thoughts on these much-loved psalms of praise, our keys to life and worship.

Mark Water is the bestselling author of the Bible Made Easy series. He trained for the Anglican ministry at the London College of Divinity and was ordained in 1966. For the past 15 years he has been engaged full time in the ministry of Christian literature as writer, editor and advisor.