Conscience, Consciousness and Ethics in Joseph Butler's Philosophy and Ministry 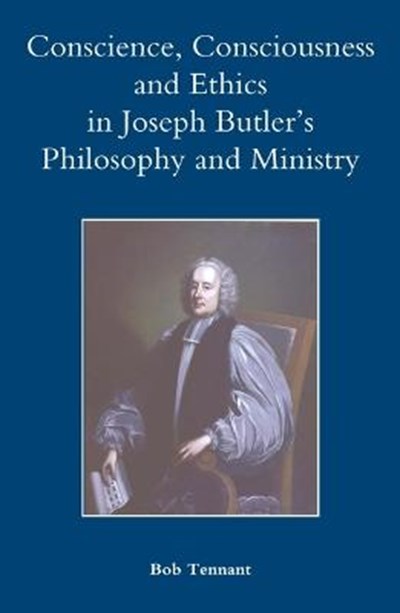 Conscience, Consciousness and Ethics in Joseph Butler's Philosophy and Ministry

Joseph Butler (1692-1752) is perhaps Britain's most powerful and original moral philosopher. He exercised a profound influence over the contemporary Protestant Churches, the English moralists and the Scottish philosophical school but his theory of the "affections", grounded in Newtonian metaphysics and presenting an account of human psychology, also set the terms of engagement with questions of education, slavery, missions and even labour relations. In the nineteenth-century English-speaking world he was an authority of first resort for Evangelicals, Tractarians, philosophers, scientists, psychologists, economists, sociologists, lawyers and educationalists alike. He remains a key reference point for modern American and British philosophers, from Broad to Rawls and beyond. Many analyses of Butler, however, have been distorted by aggressively secular readings. This book is based on a comprehensive reassessment of his published work and the surviving manuscripts and archival materials. These are set within an account of his spiritual and intellectual development and his ministerial vocation, from the protracted and painful process of conforming to the Church of England to his initial observations on a social philosophy. Demonstrating that even The Analogy originated in liturgical preaching, this book offers a refreshed and detailed account of Butler's key terms - conscience, consciousness, identity, affections, charity, analogy, probability, tendency - and suggests that exploration of his methods may contribute to modern thinking about ethics, language, the role of the Church, and the religion and science debates. BOB TENNANT taught English Literature at the University of Sussex, spent many years as a senior manager in adult education, and was a trade union and political activist serving leading organisations at local, regional and national levels. He has written on political, economic and trade union matters for many newspapers and periodicals and is a founder of The British Pulpit OnlineI/>, seeking to create an online catalogue and database of all printed British sermons from 1660 to 1901.

Scholarly in the best sense of the term, and makes a compelling case that Butler's corpus deserves a second look from both philosophers and theologians. CHURCH HISTORY A much-needed book. ANGLICAN & EPISCOPAL HISTORY Should become foundational for future studies of Butler by showing that appreciating the way that Butler's thought is embedded in his life as an Anglican clergyman is indispensable to evaluating the riches of Butler's philosophy. Butler scholars writing from within multiple academic disciplines will profit from Tennant's meticulous scholarship. ARCHIVES An extremely valuable contribution to Butler studies, which goes a long way to building up a fuller understanding of Butler's thought. HISTORY