Restoring Creation: The Natural World in the Anglo-Saxon Saints' Lives of Cuthbert and Guthlac 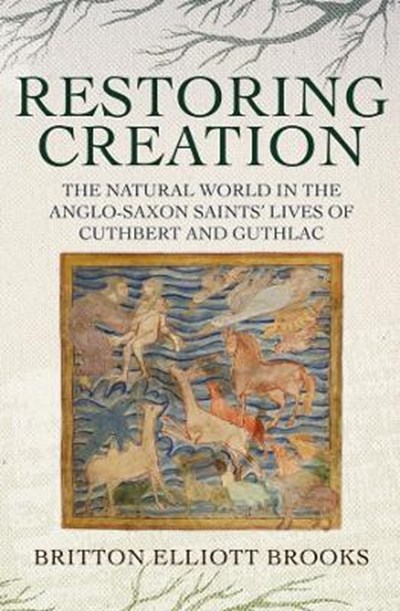 Restoring Creation: The Natural World in the Anglo-Saxon Saints' Lives of Cuthbert and Guthlac

QTY
Add to Basket
Publisher: Boydell & Brewer Ltd
ISBN: 9781843845300
Number of Pages: 323
Published: 21/06/2019
Width: 15.6 cm
Height: 23.4 cm
Description Author Information Reviews
The question of the relationship between humanity and the non-human world may seem a modern phenomenon; but in fact, even in the early medieval period people actively reflected on their own engagement with the non-human world, with such reflections profoundly shaping their literature. This book reveals how the Anglo-Saxons themselves conceptualised the relationship, using the Saints Lives of Cuthbert and Guthlac as a prism. Each saint is fundamentally linked to a specific and recognisable location in the English landscape: Lindisfarne and Farne for Cuthbert, and the East Anglian fens and the island of Crowland for Guthlac. These landscapes of the mind were defined by the theological and philosophical perspectives of their authors and audiences. The world in all its wonder was Creation, shaped by God. When humanity fell in Eden, its relationship to this world was transformed: cold now bites, fire burns, andwolves attack. In these Lives, however, saints, the holy epitome of humanity, are shown to restore the human relationship with Creation, as in the sea-otters warming Cuthbert's frozen feet, or birds and fish gathering to Guthlac like sheep to their shepherd. BRITTON ELLIOTT BROOKS is Project Assistant Professor at the University of Tokyo, Centre for Global Communication Strategies.

Britton Elliott Brooks is assistant professor of English at Kyushu University. His research centres on the environmental humanities, focusing most recently on non-human soundscapes in early medieval literature and the role of the ocean in literature more broadly.