The classic tribute to hope from the Holocaust 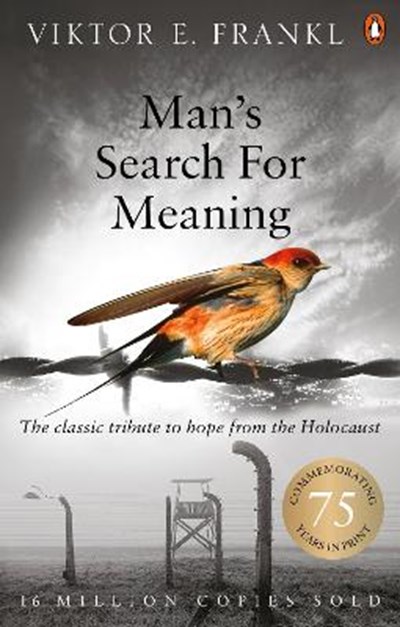 The classic tribute to hope from the Holocaust

Publisher: Vintage Publishing
ISBN: 9781844132393
Number of Pages: 160
Published: 06/05/2004
Width: 12.6 cm
Height: 19.8 cm
Description Author Information Reviews
16 MILLION COPIES SOLD 'A book to read, to cherish, to debate, and one that will ultimately keep the memories of the victims alive' John Boyne, author of The Boy in the Striped Pyjamas A prominent Viennese psychiatrist before the war, Viktor Frankl was uniquely able to observe the way that both he and others in Auschwitz coped (or didn't) with the experience. He noticed that it was the men who comforted others and who gave away their last piece of bread who survived the longest - and who offered proof that everything can be taken away from us except the ability to choose our attitude in any given set of circumstances. The sort of person the concentration camp prisoner became was the result of an inner decision and not of camp influences alone. Frankl came to believe man's deepest desire is to search for meaning and purpose. This outstanding work offers us all a way to transcend suffering and find significance in the art of living.

Viktor Frankl was born in Vienna in 1905 and was Professor of Neurology and Psychiatry at the University of Vienna Medical School. His wife, father, mother and brother all died in Nazi concentration camps, only he and his sister survived, but he never lost the qualities of compassion, loyalty, undaunted spirit and thirst for life (earning his pilot's licence aged 67). He died in Vienna in 1997.