Church in the Long Eighteenth Century

The I.B.Tauris History of the Christian Church 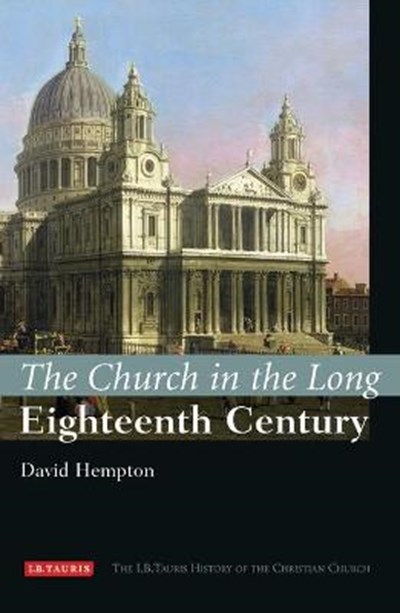 Church in the Long Eighteenth Century

The I.B.Tauris History of the Christian Church

eBook FAQ
Add to Basket
Publisher: Bloomsbury Publishing PLC
ISBN: 9781845114404
Number of Pages: 240
Published: 16/09/2011
Width: 15.6 cm
Height: 23.4 cm
Description Author Information Reviews
David Hempton's history of the vibrant period between 1650 and 1832 engages with a truly global story: that of Christianity not only in Europe and North America, but also in Latin America, Africa, Russia and Eastern Europe, India, China, and South-East Asia. Examining eighteenth-century religious thought in its sophisticated national and social contexts, the author relates the narrative of the Church to the rise of religious enthusiasm pioneered by Pietists, Methodists, Evangelicals and Revivalists, and by important leaders like August Hermann Francke, Jonathan Edwards and John Wesley. He places special emphasis on attempts by the Spanish, Portuguese, French, Dutch and British seaborne powers to export imperial conquest, commerce and Christianity to all corners of the planet. This leads to discussion of the significance of Catholic and Protestant missions, including those of the Jesuits, Moravians and Methodists. Particular attention is given to Christianity's impact on the African slave populations of the Caribbean Islands and the American colonies, which created one of the most enduring religious cultures in the modern world. Throughout the volume changes in Christian belief and practice are related to wider social trends, including rapid urban growth, the early stages of industrialization, the spread of literacy, and the changing social construction of gender, families and identities.

'A series such as this is hugely welcome. Its emphasis on the history of ideas, and on the global - not just European - experience of Christianity and its manifestations of church, will be valued by students, scholars and general readers alike. The I.B.Tauris History of the Christian Church brings ecclesiastical history into a new era, for a new generation' - Diarmaid MacCulloch, Professor of the History of the Church, University of Oxford; 'As all good general histories must, this volume offers a clear structure, expertly chosen details, authoritative judgments, and forcefully direct prose. Yet David Hempton's treatment of 'the long eighteenth century' in the history of Christianity goes well beyond the usual requirements for a successful introduction. It is unusually sensitive to the most attractive as well as the most blameworthy aspects of its story; it blends large-scale political and imperial tectonics with telling biographical miniatures; it documents the deeds of women as well as men, the lowly as well as the exalted; and it exploits effortlessly a great range of scholarship. But above all, the book successfully combines fresh treatment of better-known European and American histories with probably the best general overview now available for the expansion of Christianity during the early-modern period from the Western to the non-Western world. In describing the complex transformations of western Christendom, Hempton is as illuminating as masters of this history like Hugh McLeod; in accounting for the even more complicated developments of the worldwide story - from central Russia to Sierra Leone, from Alaska to the Congo, from China to Brazil - he joins the rarefied company of Dana Robert, Andrew Walls, and only a few others. The result of this unusually adept combination is a terrific addition to I.B.Tauris' outstanding general series.' - Mark A. Noll, Francis A. McAnaney Professor of History, University of Notre Dame; 'The social history of eighteenth-century Christianity is typically framed by pietism, Enlightenment, and revolution. David Hempton broadens and deepens the classic narrative by foregrounding the expansion of Christianity as a worldwide movement, including such themes as missions, European encounters with the 'other', slavery, and Orthodoxy. He transforms old and new interpretations into an exciting and readable overview that makes sense in our contemporary global context. This fine book will remain an essential introduction to the subject for years to come.' - Dana L. Robert, Truman Collins Professor of World Christianity and History of Mission, Boston University