When Muslims Marched with Christians Across Europe's Battlegrounds 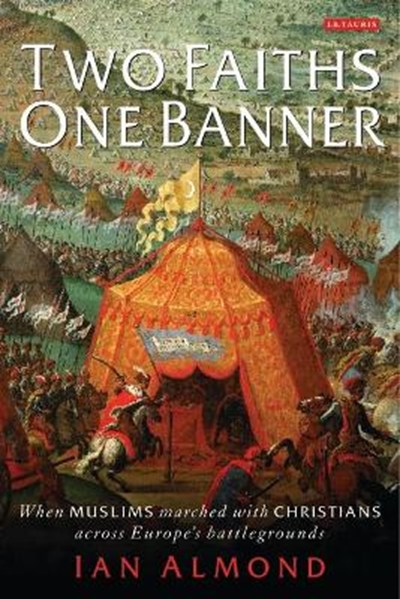 When Muslims Marched with Christians Across Europe's Battlegrounds

QTY
Add to Basket
Publisher: Bloomsbury Publishing PLC
ISBN: 9781845116552
Number of Pages: 256
Published: 18/12/2008
Width: 15.6 cm
Height: 23.4 cm
Description Author Information Reviews
When Englishman and Turk fell side by side in the killing fields of the Crimea, it was not the first time that Christian and Muslim blood was shed, and intermingled, in the cause of battling a common foe. It is fashionable today to talk of a 'clash of civilizations', and of an unbridgeable chasm between the Islamic world and Christendom. But in this bold and iconoclastic book Ian Almond demonstrates that in Europe, the heart of the west, Muslims and Christians were often comrades-in-arms, repeatedly forming alliances to wage war against their own faiths and peoples. As we read of savage battles, deadly sieges and many acts of individual heroism, we learn of Arab troops rallying in their thousands to the banner of a Christian emperor outside the walls of Verona. Of Spanish Muslims standing shoulder to shoulder with their Christian Catalan neighbours in opposition to Castilians. Of Greeks and Turks forming a steadfast bulwark against Serbs and Bulgarians, their mutual enemy. And of tens of thousands of Hungarian Protestants assisting the Ottomans in their implacable and terrifying march on Christian Vienna. As the author shows, any notion that 'Christian Europe' has long been opposed by a 'Muslim non-Europe' grossly misrepresents the facts of a rich, complex and - above all - shared history. The motivations for these interfaith alliances were dictated by shifting diplomacies, pragmatic self-interest and realpolitik, not by jihad or religious war. This insight has profound ramifications for our understandings of global politics and current affairs, as well as of religious history and the future shape of Europe.

Ian Almond is a scholar who has taught his field - the representation of Islam in the west - at a number of academies including Edinburgh University, Bosphorus University in Istanbul, Freie Universitat in Berlin and Universita di Bari in Italy. He is the author of two previous books: 'Sufism and Deconstruction' (2004) and 'The New Orientalists', published in 2007 by I.B. Tauris.