Mother Teresa - Come be My Light

The Revealing Private Writings of the Nobel Peace Prize Winner 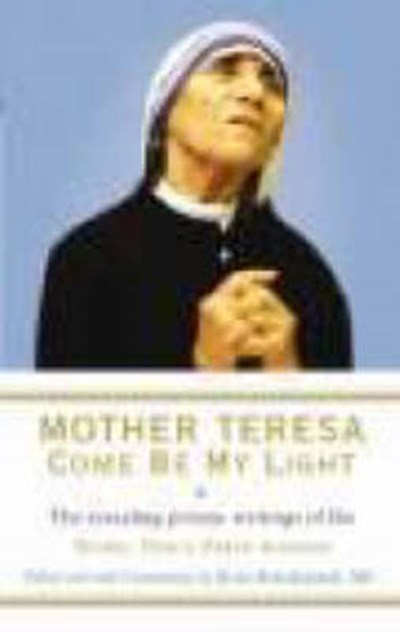 Mother Teresa - Come be My Light

The Revealing Private Writings of the Nobel Peace Prize Winner

eBook FAQ
Add to Basket
Publisher: Ebury Press
ISBN: 9781846041303
Published: 07/08/2008
Description Author Information Reviews
During her lifelong service to the poorest of the poor, Mother Teresa became an icon of compassion to people of all religions, and none. Her selfless commitment to the care of the sick and the dying, as well as to thousands of others who no one else was prepared to help, has been recognised and acclaimed throughout the world. Yet this impressive collection of her writings shows a different and unexpected picture of the Nobel Peace Prize winner. Her absolute conviction that she was doing God's will is well known but what is a revelation is the discovery that she fulfilled her mission in spite of feeling a chasm of spiritual emptiness within her, which lasted for decades. This book is a moving chronicle of her spiritual journey and it reveals the secrets she shared only with her closest confidants. It also illustrates how the experience of an agonizing sense of loss need not hold anyone back from doing something extraordinary with their lives.

Born in Skopje in 1910, Mother Teresa joined the Sisters of Loreto in Dublin in 1928 and was sent to India, where she began her novitiate. She taught at St. Mary's High School in Calcutta from 1931 to 1948, until leaving the Loreto order to begin the Missionaries of Charity. Through her sisters, brothers and priests, her service to the poorest of the poor spread all around the world. She won many awards, including the 1979 Nobel Peace Prize. After her death in 1997, the process for her sainthood was quickly begun and she was beatified in 2003. Fr. Brian Kolodiejchuk, M.C., Ph.D., was born in Winnipeg, Canada. He met Mother Teresa in 1977 and was associated with her until her death in 1997. He joined the Missionaries of Charity Fathers at the time of their foundation in 1984. Fr. Brian is postulator of the Cause of Beatification and Canonization of Mother Teresa of Calcutta and director of the Mother Teresa Center.